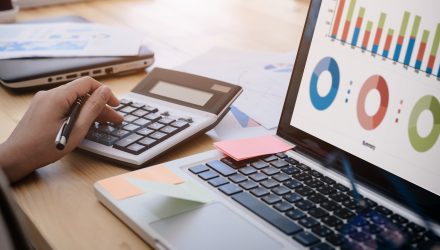 Where to Find the Best Value in Value ETFs

Conventional wisdom dictates that, over the long-term, value stocks outperform. Well, the length of the current bull market in U.S. stocks qualifies as “long-term,” and for much of this move higher, value stocks have been trailing their growth counterparts.

“The view that value looks cheap has become axiomatic; when value will actually start outperforming has been much harder to predict. Despite offering historically low valuations, at least relative to growth, value continues to lag. Year-to-date the Russell 1000 Growth Index has outperformed the Russell 1000 Value by over 11%,” according to BlackRock.

Popular value ETFs include the iShares MSCI USA Value Factor ETF (Cboe: VLUE). VLUE “seeks to track the performance of an index that measures the performance of U.S. large- and mid-capitalization stocks with value characteristics and relatively lower valuations, before fees and expenses,” according to iShares.

VLUE is outperforming the aforementioned IVE this year, but VLUE is also trailing the S&P 500 by nearly 300 basis points. VLUE, which tracks the MSCI USA Enhanced Value Index, allocates about 40% of its combined weight to technology and healthcare stocks.