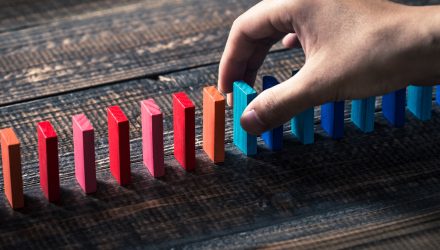 Asset Classes That Have Survived Past Market Sell-Offs

Stock market sell-offs can be rough and they can pop up seemingly without warning. That is arguably what happened with the market to close out 2018, as many were surprised by the intensity of the sell-off in what has, often times, been a favorable time of the year for investors.

Events do not seem likely to calm down in 2019 either. Trade tensions, political worries and concerns over Fed policies look likely to dominate the headlines for much of this year too.

Given this reality, investors may want to consider some strategies for any future sell-offs and asset classes that might be able to act as counterweights to U.S. equities when the next downturn hits. One that has historically been an interesting choice is the world of short-term bonds.

Generally speaking, when the S&P 500 has dipped into correction territory, it has fallen a bit more before entering a recovery period, at least based on history. On average, the S&P 500 has slumped another 6.86% after experiencing a 5% drawdown, suggesting that there usually wasn’t a quick turnaround for equities after falling by that initial five percent. Meanwhile, short-term bonds have delivered a positive return during S&P 500 drawdowns, acting as an effective counterweight to sluggish trading in equities. 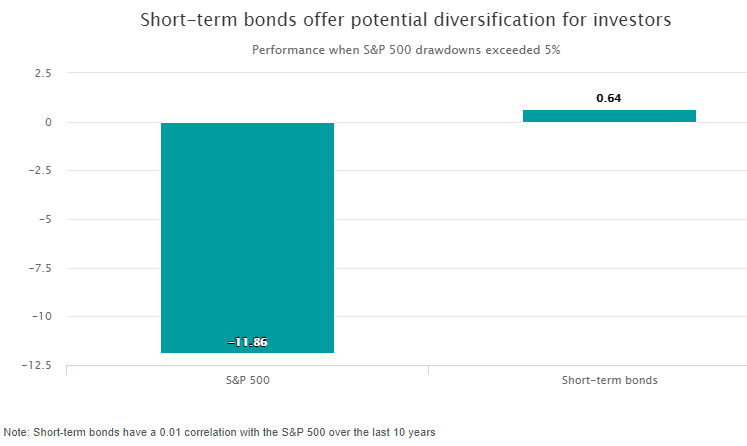 Source: Morningstar Inc., as of 12/31/18, unless otherwise noted. Performance is historical and does not guarantee future results. Short-term bonds are represented by the Bloomberg/Barclays U.S. Aggregate 1-3 year bond index. Index returns assume reinvestment of all distributions and do not reflect fees or expenses and it’s not possible to invest directly in an index.

Not only did short-term bonds rise when S&P 500 equities fell, but they produced a correlation of just 0.01 with stocks. This means that short-term bonds have moved almost completely independent of equities, a characteristic that can come in handy when equities are in a slump.

However, the potential benefits of short-term bonds do not end at correlation. These securities have also historically produced favorable Sharpe ratio as well. In a study of market data over the past 10 years, short-term bonds easily produced better risk-adjusted returns—as measured by the Sharpe ratio—when compared to other bond maturity levels. They also out-produced U.S. large cap stocks as well, by a significant 50 basis points.