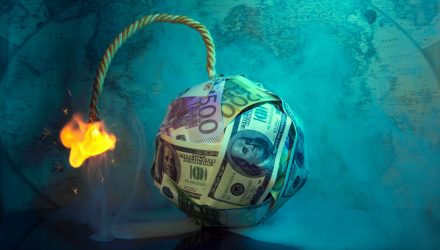 As the Coronavirus Goes Global, Risks Have Risen

New infections in South Korea and Italy are alarming. A swift return to normality seems ever more doubtful. We remain tactically cautious.

Spring is famous for unstable weather but before winter is over the stock-market weather has changed quite dramatically – and has become distinctly wintry.

Various stock indices were trading at new highs on Wednesday, February 19, as if the coronavirus epidemic had already been confined to the history books. It was noticeable though that even as stock markets were trading up, suggesting demand for riskier assets, government-bond yields remained well below January levels, implying caution was also in the air, and base metals such as copper were only stabilizing after a sharp bearish drop in prices. Gold meanwhile was rallying, showing that the classic safe haven was in favor. In simple terms, the markets painted the following picture: the economic slump is significant (judging by the copper price), but central banks and other players will provide stimulus as usual in the form of cheap money (hence low government-bond yields), and so, in the end, everything will turn out fine (and hence high equity prices). To allow this happy story to play out, three conditions must be met in our view:

On the last of these three conditions, there is good reason for optimism. The first liquidity injections and interest-rate cuts have been delivered, especially by China. Tax cuts, government aid and other fiscal as well as regulatory measures complete the picture. Other countries, mainly Asian ones, are joining in. Thailand, the Philippines and Indonesia have already cut interest rates, as have Brazil and Mexico. The list is likely to get longer in the days to come.

Assessment of to what extent China is back in business is trickier. Official economic statistics will only be available in several weeks’ time. Meanwhile analysts have to rely on traffic-congestion data, air-pollution levels or similar indicators to provide an accurate picture of economic activity. These indicators currently point to a slow increase in output from low levels. Another piece in the puzzle are sentiment indicators, such as the first purchasing managers’ indices for February. In the case of Japan, in particular, they show a dramatic deterioration in service sector sentiment while the repercussions for the manufacturing sector seem modest so far. In Europe sentiment has even improved, with only some sub-components pointing to mild disruptions in supply chains.

It is, however, the first of our conditions that is critical. The rate of new infections in China keeps going down, but the sharp rise in reported infections in South Korea and Italy is cause for concern. Together with increasing new cases in Iran and Singapore this raises fear that the epidemic could turn into a pandemic. South Korea plays an important role in global supply chains, Italy is a country that is already economically fragile and burdened by high government debt. In recent years tourism in southern Europe has benefited considerably from the political tensions in North Africa. Tourists might now quickly react to news of the coronavirus outbreak. Outbound tourism from China has already dropped sharply.

Accordingly, global markets have reacted sharply to the weekend news. European stock indices lost more than 3% and sovereign-bond yields (except in Italy) receded. 10-year U.S. Treasury yields are almost back to their historic lows from July 2016.

We have warned previously against becoming too optimistic too early (see CIO Flash as of January 30, 2020), and are skeptical about premature comparisons with the strong stock market recovery after the SARS crisis of 2003 (see Chart of the Week as of February 14, 2020). In our main scenario for the strategic outlook, we continue to assume that the virus will clearly be seen to be contained in coming weeks and that a large part of the lack of economic activity can be recovered in the course of the year. In the short term, however, we remain somewhat more cautious, as the disease is proving difficult to control and there is no evidence that the epidemic has passed its peak. We therefore prefer to position ourselves with a focus on liquidity, government bonds, gold and defensive equities.

This information is subject to change at any time, based upon economic, market and other considerations and should not be construed as a recommendation. Past performance is not indicative of future returns. Forecasts are not a reliable indicator of future performance. Forecasts are based on assumptions, estimates, opinions and hypothetical models that may prove to be incorrect.
X