You are at:Home»Smart Beta Channel»Are Actively Managed Funds Going the Way of the Dinosaur? 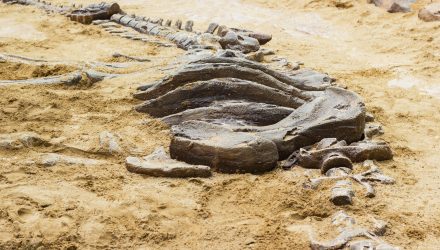 Are Actively Managed Funds Going the Way of the Dinosaur?

If dinosaurs had it their way, extinction was probably not on their list of possible fates, and actively manged funds could be experiencing the same scenario. Even by offering lower fees, it may not be enough to stem the tide of a strong push toward passive management funds.

According to data from Morningstar, passive funds that track an index account for over 30 percent of the market when it comes to funds within the U.S. For Europe, that figure stands at 18 percent and the prevailing trend could be pushing those figures higher moving forward.

Will actively managed funds ever regain control of the fund population?

“Honestly? I suspect not – at least, not in their current format,” a BullionVault article noted. “Because the idea of a “comeback” for active fund management assumes a non-existent golden age.”

“Fundamentally, this is just a continuation of a process that has been going on for many years now,” the article went on to say. “Active funds cost more and, on average, they return less than the market. Not only that, but you also run the risk of picking a real dud, and earning a lot less than the market. Passive funds, on the other hand, are cheap, and you know that you’re going to get the return on the market, or thereabouts. Given the odds, why would you go with anything else?”

In a perfect world, active management can be cheap enough to justify their costs, especially in the exchange-traded fund (ETF) world. According to a J.P. Morgan report, ETF fees have fallen 40 percent over the last eight years, but its been passive funds leading the charge compared to their actively-managed fund peers in the space.

The report stated that active ETFs saw a 9 basis point decline in fees as passive funds since 2014, but just a 15 percent drop on average versus 32 percent for passive funds. In addition, a rebranding of existing core products is also seeing a rise in order to capture more investor capital.

When it comes to specific trends in asset classes, equities have seen the largest drop in fees compared to fixed income and as such, they’ve seen the most investor inflows. As such, it’s not a certain asset class that’s experiencing this unprecedented drop in fees–it’s all across the board.

Investor preferences for these low-cost options has certainly spurred this movement to bargain base expense ratios.