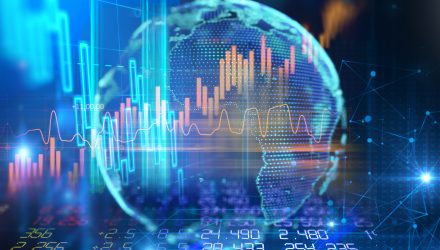 An Ill-Timed Move For a Momentum ETF

More recently, MTUM boosted its allocation to technology stocks, just as traded tensions between the U.S. and China flared up.

MTUM “pivoted back to technology shares -– a sector caught in the crosshairs of a U.S.-China trade war — only a few months after reducing its stake in these companies and missing a 10% rally,” reports Bloomberg. “The fund’s tech weighting went to 40% from 18%, while another globally-geared sector — industrials — saw material additions, going to 10% from 3%.”

To be precise, as of May 29, MTUM technology weight was 39.80%, more than triple its second-largest sector weight, which is healthcare.

The momentum factor was beloved for much of this bull market. Then, the late 2018 market slump, led mostly by stocks with the momentum designation, plagued the momentum factor, but some exchange traded funds with exposure to this factor could be worth revisiting.

MTUM provides targeted exposure to the momentum factor, a specific factor that has historically driven a significant part of companies’ risk and return. The $8.44 billion MTUM tracks the MSCI USA Momentum Index.

“The fund’s previous ad hoc rebalance in January more than halved its exposure to technology and communications sectors, the latter of which is home to three of four FANG stocks — none of which are held by MTUM. Health care was the big beneficiary of the shuffle,” according to Bloomberg.

Momentum investing can target those companies that are exhibiting high levels of growth. The momentum factor selects company stocks that have recently outperformed based on the idea that “the trend is your friend” and that stock market leaders typically continue to outperform. This type of strategy can be an effective way for targeting growth-oriented companies since stocks with positive momentum often continue to generate strong earnings.

“The January rebalance proved to be a hindrance to MTUM’s returns for much of the year,” reports Bloomberg. “Through May 3, the investment product lagged the S&P 500’s year-to-date advance by 2.7 percentage points. However, the fund’s previously defensive characteristics have been a boon amid the re-escalation of the trade war, as its drawdown of 2.1% since then is less severe than the 5.5% blow delivered to the benchmark U.S. stock index.”