You are at:Home»Smart Beta Channel»Actively-Managed ETF Fees Fall but Not Less Than Passive Peers 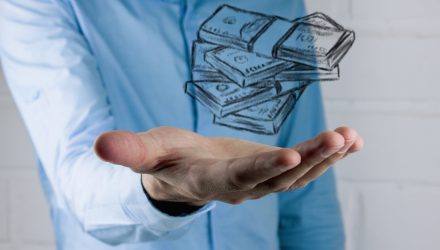 Actively-Managed ETF Fees Fall but Not Less Than Passive Peers

According to a J.P. Morgan report, exchange-traded fund (ETF) fees have fallen 40 percent over the last eight years, but its been passive funds leading the charge compared to their actively-managed fund peers in the space.

The report stated that active ETFs saw a 9 basis point decline in fees as passive funds since 2014, but just a 15 percent drop on average versus 32 percent for passive funds. In addition, a rebranding of existing core products is also seeing a rise in order to capture more investor capital.

“Another recent trend in the ETF fee war is for major ETF issuers to relaunch or rebrand lower fee versions of simple market beta or ‘core’ products in order to capture flows, largely from ‘buy and hold’ investors seeking the cheapest passive products.,” the report noted. “These products have been at the front lines of the fee war, as they have seen repeated fee cuts and attracted large asset inflows in recent years.”

When it comes to specific trends in asset classes, equities have seen the largest drop in fees compared to fixed income and as such, they’ve seen the most investor inflows. As such, it’s not a certain asset class that’s experiencing this unprecedented drop in fees–it’s all across the board.

Investor preferences for these low-cost options has certainly spurred this movement to bargain base expense ratios.

“This lower fee trend has been driven both by investor flows gravitating towards lower fee funds within each region and asset class and the move by ETF issuers to selectively cut the expense ratio on a number of funds,” wrote J.P. Morgan Global Quantitative and Derivatives Strategists, Marko Kolanovic and Bram Kaplan.