You are at:Home»Smart Beta Channel»Active Fund Performance Has Been Lagging the S&P 500 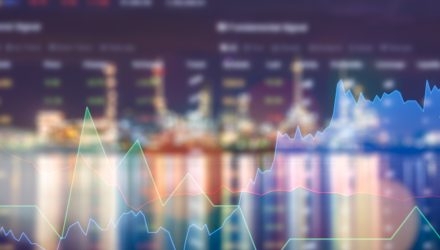 Active Fund Performance Has Been Lagging the S&P 500

Passive funds have been receiving inflows like manna from the heavens when compared to active funds, but what’s causing this dichotomy? According to research from the S&P Dow Jones Indices, performance by the majority of large-cap funds is lagging the S&P 500 for the ninth consecutive year.

A number of financial advisors are trumpeting the benefits of passive funds—their relative cost with respect to performance and thus far, that’s been the case. Additionally, active funds have not been able to strut their stuff when it came time to volatile markets.

An active fund’s ability to shift and reallocate investments during a market drawdown have been a major selling point, but unfortunately, there’s not been much to sell lately.

“The figures highlight that heightened market volatility does not necessarily result in better relative performance for active investing,” the report noted.

“What’s different about 2018 was the fourth quarter volatility,” Aye M. Soe, a managing director at S&P and one of the authors of the report, told CNBC. “Active managers claimed that they would outperform during volatility, and it didn’t happen.”

In addition, this isn’t a one-off study by S&P. The study has been ongoing for 16 years running now and thus far, the proof is in the pudding—passive funds have been able to outperform active funds in the long term

After 10 years, 85 percent of large cap funds underperformed the S&P 500. In addition, after 15 years, almost 92 percent are trailing the index.

“Over long-term horizons, 80 percent or more of active managers across all categories underperformed their respective benchmarks,” the report concluded.

As such this has been causing active funds to go asunder. In the past 15 years, over 50 percent of active funds have either been merged or liquidated—in equities and fixed income.

The disappearance of funds remains meaningful,” the report noted.

According to data from Morningstar, passive funds that track an index account for over 30 percent of the market when it comes to funds within the U.S. For Europe, that figure stands at 18 percent and the prevailing trend could be pushing those figures higher moving forward.

Will actively managed funds ever regain control of the fund population?

“Honestly? I suspect not – at least, not in their current format,” a BullionVault article noted. “Because the idea of a “comeback” for active fund management assumes a non-existent golden age.”

“Fundamentally, this is just a continuation of a process that has been going on for many years now,” the article went on to say. “Active funds cost more and, on average, they return less than the market. Not only that, but you also run the risk of picking a real dud, and earning a lot less than the market. Passive funds, on the other hand, are cheap, and you know that you’re going to get the return on the market, or thereabouts. Given the odds, why would you go with anything else?”