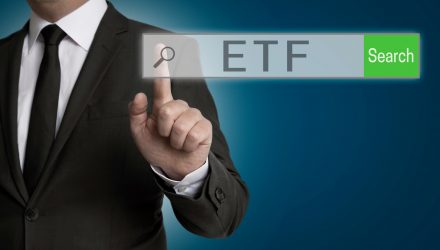 Acceptance of the Theory Behind Smart Beta

Based on recent regulatory filings, investors should expect more ETF choices to consider as established active managers further expand their lineup to offset competitive challenges. Indeed, Janus Henderson and PGIM (the new name for Prudential’s asset management business), which have a small number of ETF products but a large mutual fund presence, are poised to follow the lead of JPMorgan (JPM 106 *****) and Oppenheimer Funds and others seeking to compete with more established ETF providers.

According to John Swolfs, CEO of Inside ETFs, as these firms look to compete with State Street, BlackRock (BLK 507 ****) and Vanguard, asset managers need to differentiate their products and not just offer a me-too approach. However, a firm needs to have resources to get the message out in a crowded market.

Swolfs, whose firm hosted the Inside Smart Beta & Active Summit in June, was part of a video series CFRA has produced to help investors better understand the growth prospects and challenges the ETF industry is facing. We will be posting these videos to our https://newpublic.cfraresearch.com/etf-videos/  website in July and referencing them in content on MarketScope Advisor.

At the Smart Beta & Active Summit, CFRA joined asset managers and other analysts to provide advisor education. As Swolfs further explained in the CFRA video, there’s an acceptance of the theory behind smart beta, but advisors are struggling with implementation. Sessions at the conference highlighted how these products can fit within an existing portfolio and particularly in a downturn.

Yet, there are smart-beta ETFs that are constructed based on value characteristics, such as iShares Edge MSCI Value Factor ETF (VLUE 84 Overweight), JPMorgan US Value Factor (JVAL 26 Marketweight) and Oppenheimer Russell 1000 Value Factor (OVLU 27 Marketweight), which have net expense ratios or 0.20% or below; the latter two launched in 2017.

Eric Balchunas, Senior ETF Analyst at Bloomberg Intelligence, told CFRA in a separate video that smart beta is like an artificial intelligence version of an active manager. “It’s like your own personal R2D2”. CFRA agrees that some of the metrics used to support active mutual funds can be built into a rules-based, emotionless smart-beta index ETF.