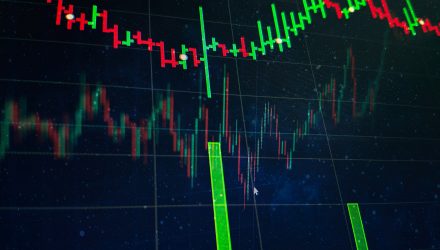 A Sell-Off That Rivals Last December Could be Ahead

The major market indexes fell to an extreme low in December 2018, which culminated on Christmas Eve as markets began to sell off, resulting in the worst December since the Great Depression. Some analysts are predicting that something worst could be around the corner.

“The U.S. stock market especially is facing its greatest test of the year thus far,” said Macro and quant strategist Masanari Takada. In addition, low market sentiment can induce “panic-selling by fundamentals-oriented investors and systematic selling by trend-following technical investors along the way.”

The primary reason for this precipitous drop, according to Takada, is falling market sentiment. In addition, the performance of the market is eerily similar to 2008—once again, when market sentiment was in its doldrums.

“The correlation between sentiment then and now remains quite high,” Takata said. “Even the passing risk-on phase after the initial shock of the yield curve inversion … and the risk-off mood that struck on 23 August neatly track the pattern recorded in 2008.”

“If this uncanny resemblance between the two patterns continues to hold, sentiment could soon fall to a level not seen since December 2018,” he added.

Inverted yield curves and trade wars have taken their toll on the major indexes as August 14 marked the worst day of the year for the Dow Jones Industrial Average when it fell 800 points. Since then, capital markets have been on a bond-buying bonanza as investors seek viable safe-havens against the latest market volatility.

Another option is the Vanguard Value Index Fund ETF Shares (NYSEArca: VTV). VTV seeks to track the performance of a benchmark index that measures the investment return of large-capitalization value stocks. The fund employs an indexing investment approach designed to track the performance of the CRSP US Large Cap Value Index, a broadly diversified index predominantly made up of value stocks of large U.S. companies. The advisor attempts to replicate the target index by investing all, or substantially all, of its assets in the stocks that make up the index, holding each stock in approximately the same proportion as its weighting in the index.