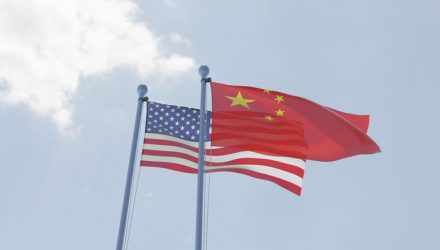 According to China’s lunar calendar, the New Year is about to start. 2020 will be the year of the rat. In Chinese culture, rats are seen as a sign of wealth and surplus. That certainly seems like an apt description of the country’s development in recent decades. As our Chart of the Week shows, China’s share of the world’s gross domestic product (GDP) has risen almost 10-fold since 1980, when measured in purchasing-power parity. The country now accounts for roughly a fifth of global output. By the way, it also accounts for a fifth of world population.

As always, it is open to question how long this progress can continue. The recent “phase-one” trade agreement between China and the U.S. is a decidedly mixed blessing, as we have already argued in greater detail[1]. On the one hand, any truce in the hostilities is of course welcome. So are steps such as strengthening intellectual-property rights in China and lifting restrictions on foreign ownership, including in financial services. On the other hand, however, the deal’s reliance on quantitative targets for Chinese purchases of U.S. goods and services most probably will only further entrench the government’s role in China’s economy. And of course, conflicts over technological issues in areas such as artificial intelligence, considered crucial for future competitiveness by both sides, have only been postponed. In the short-term, the coronavirus’ deadly outbreak could add to its problems.

“Over the past decade, China has continued to make great strides,” argues Johannes Müller, DWS Head of Macro Research. “It has reduced its reliance on investment and export-led growth while boosting consumption, services and sustainable development. But instead of further progressing towards a normal market economy, it is now forced to manage trade even more heavily. Arguably, that’s a step in the wrong direction, both for China and the rest of the world.”