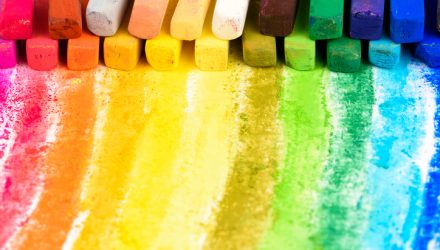 On Demand Webcast: A Multi-Factor, Smart Beta Bond ETF for Changing Conditions Ahead

Fixed-income investors face greater risks in an extended bond market bull run. Nevertheless, one may consider a smart beta ETF as an alternative to limit risks and potential enhance returns in the environment ahead.

On the recent webcast (available On Demand for CE Credit), Investing Beyond the Bond Benchmark, Edward Kerschner, Chief Portfolio Strategist for Columbia Threadneedle Investments, warned of potential risks in the current low-rate environment that many fixed-income investors will have to overcome.

Yields on 10-year bonds have declined from a 15% high in 1982 to under 2% in 2013 and are now hovering a little over 2%. Driving the recent pressure on yields, most of the developed world tried to reignite growth following the 2008 financial downturn, with central banks implementing low and even zero interest rates plus quantitative easing. The policies of the past four decades has pushed down bond yields and extended the prolonged bull market in debt securities.

If rates remain stubbornly low, the government may rely on fiscal stimulus to augment growth, which could further strain a budget deficit and drive inflation and rates higher. Consequently, investors’ reliance on a traditional cap-weighted bond benchmark like the Bloomberg Barclays U.S. Aggregate Bond Index, may do more harm than good.

The Bloomberg Barclays U.S. Aggregate Bond Index is comprised of 9,397 debt securities worth almost $20 trillion in assets. The so-called Agg now has an overweight 37% tilt toward U.S. Treasuries, compared to a 22% position in Treasuries back in 2007. Furthermore, when factoring debt issued by government agencies’ and mortgage-backed securities, the total government exposure is now over 70%.

“The benchmark index weightings do not foster diversification, with correlations among the components high; positioning investors in the low return/low volatility segment of the market,” Kerschner said.

Alternatively, investors may look to multi-sector bond strategies that pick and choose opportunities as opposed to being restricted to a traditional market capitalization weighting methodology.