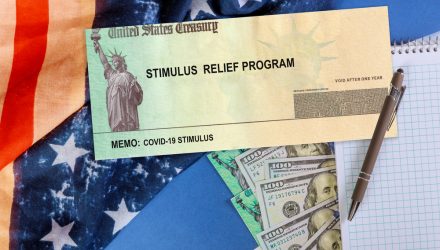 A Democratic party win in a Georgia Senate race raised prospects of a bigger fiscal stimulus that could fuel economic growth and higher inflation, the Financial Times reports.

The small-cap Russell 2000 index, which has a large tilt toward stocks in economically sensitive industries like finance and manufacturing, led to broad market gains.

“The market consensus is that Democrat control of both houses means stimulus and infrastructure spending, so in the near term that means more economic growth,” Ben Laidler of Tower Hudson Research, told FT. “The stocks that are most driven by this are companies in cyclical industries and small-caps, where earnings have been more depressed.”

In the key Senate race in Georgia, the Associated Press has already declared a win for Democratic challenger Raphael Warnock while his fellow Democrat Jon Ossoff led by a narrow margin, with the New York Times predicting a more than 95% chance of victory. The Democratic party win in both runoffs would cause a 50-50 split of the upper house with Vice President-elect Kamala Harris acting as a tiebreaker, which could tilt the outcome of many significant votes ahead such as budget resolutions and fiscal spending agendas.

For example, Goldman Sachs analysts projected a Georgia win would allow the Democrats to add another $600 billion in stimulus spending on top of the $900 billion already in play.