You are at:Home»Equity ETFs»Small-Cap ETFs for a More Risk-On Investor 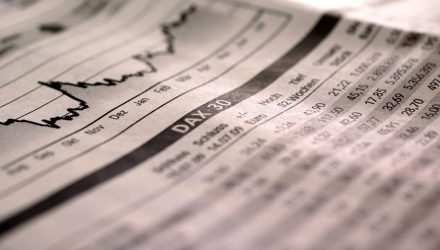 Small-capitalization stock investors were defensive going into the 2017, but they have quickly changed their tune, turning to more growth-weighted smaller company picks. Investors can also gain diversified exposure to the small-cap growth style through related exchange traded funds.

Investors largely favored value and defensive styles, or “risk-off” investments, in the fourth quarter of 2016 but have since flip-flopped to the growth style, according to a recent FTSE Russell research note.

“A very different sentiment emerged as we entered 2017. There was a dramatic shift to what is considered a more “risk-on” approach as value and defensive styles were traded out for growth and dynamic…. this trend has continued through the second quarter of 2017,” according to FTSE Russell.

The shift is partly attributed to the below average volatility in the small-cap category as low volatility typically provides market participants more confidence about the stability of a certain market segment. Looking at the CBOE Russell 2000 Volatility Index, the gauge of small-cap volatility showed a maximum level of 20 in the second quarter, compared to its ten-year average of 26.

“In view of the big style shift within the US small cap universe from a risk-off to a risk-on stance, it seems market participants are feeling more confident in the strength of the US economy,” according to FTSE Russell. “This sentiment has been mirrored by the Federal Reserve’s moves to raise rates and wind down the quantitative easing programs established during the Financial Crisis in 2008.”