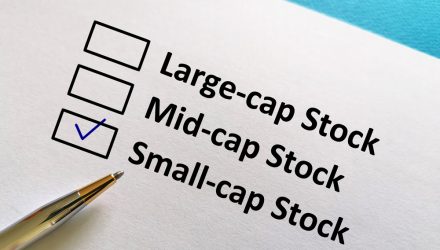 Small-capitalization stocks and related exchange traded funds are beginning to outperform the broader stock market as many try to pick up a bargain in a beleaguered equity segment.

Small-capitalization stocks focus more on the domestic U.S. economy and incur a greater debt load than their large-cap peers, so they are more vulnerable to economic weakness or broader swings in the equity markets.

The small-cap category has largely underperformed this year, with the Russell 2000 declining about 16% in 2022 even after the rebound last month, whereas the S&P 500 decreased 13.3% so far this year.

However, after the broad sell-off and steeper declines in the small-cap segment, smaller stocks are now trading at their cheapest level compared to the large-cap Russell 1000 Index since at least March 2020.

“There was an enormous amount of damage in the small-cap space,” Francis Gannon, co-chief investment officer at Royce Investment Partners, told Reuters. “This is among the cheapest segments of the U.S. market.”

Some observers also argued that small-caps have already priced in a potential recession, given the category’s greater sensitivity to changes in the domestic economy. Consequently, if recession calls come to pass, small-caps may be less affected by the subsequent selling pressure.

“Small caps appear to be baking in a lot of economic pain already,” RBC Capital Markets analysts said in a recent report.

“Recessions have tended to be good buying opportunities for small caps,” the analysts added.