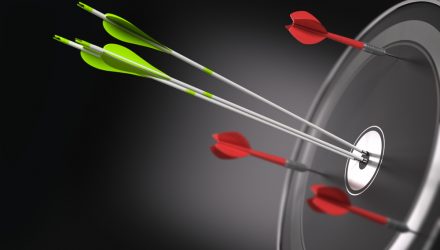 Small-Cap ETFs Are Beginning to Outperform

The iShares Russell 2000 ETF (IWM), which tracks the benchmark Russell 2000 Index of small-caps, gained 5.7% over the past week.

Shares of many small U.S.companies have outperformed the broader stock market in July, the Wall Street Journal reports.

The recent rally marks a reversal for small-capitalization stocks, which have mostly fallen behind their large-cap peers in the S&P 500 for most of the year. The small-cap category’s underperformance may be attributed to their greater sensitivity to fears of an economic recession since they are more closely tied to the well-being of the domestic economy compared to larger multinationals with an international footprint.

After a severe sell-off in the first half of 2022, small-caps could be due for a recovery.

“I would argue that a lot of the bad news is probably already in small caps,” Jurrien Timmer, director of global macro at Fidelity Investments, told the WSJ. “That’s a glass half-full way of reading the tea leaves.”

Timmer argued that small caps peaked before the broader market and could also hit their bottom earlier.

Analysts also highlighted the cheaper valuations in the small-cap category. For instance, the S&P 600 index of small-capitalization companies is hovering around 11.3 times its next 12 months of expected earnings, whereas the S&P 500 is trading at around 16.2 times expected earnings, according to Dow Jones Market Data.

“The only other time small caps were this cheap relative to large caps was during the height of the tech-bubble period,” Jill Carey Hall, U.S. equity strategist at Bank of America, told the WSJ.

Hall also contended that smaller companies could even benefit from consumers’ recent spending shift toward services since many of these companies provide these types of services that are in demand now.