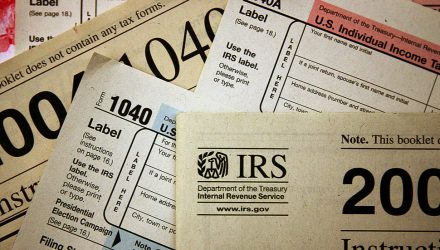 Salvatore J. Bruno, hief Investment Officer and Managing Director at IndexIQ, in a research note, argued that small-cap stocks could enjoy three significant benefits from the passage of the Tax Cuts and Jobs Act of 2017, including a lower tax rate, greater tax relief compared to larger companies and ability to capitalize on a faster growing domestic economy.

Specifically, smaller companies have historically paid a higher effective tax rate partly because they can not shield earnings abroad in lower tax jurisdictions. The median effective tax rate for the Russell 2000 companies was 31.9%, compared to the 28% for those in the large-cap S&P 500.

Small-cap companies are also domestically focused, with the average Russell 2000 company only generating about 20% of revenue for overseas sources, compared to S&P 500 companies that generate over 40% of revenue from abroad in 2016. Consequently, a greater percentage of these small-cap companies’ revenues and earnings will be taxed at the lowered 21% rate.

Lastly, small companies typically benefit from a faster economic expansion, which may occur under a more lax tax scheme. Furthermore, small-caps are great targets for mergers and acquisitions in an growing economic environment.