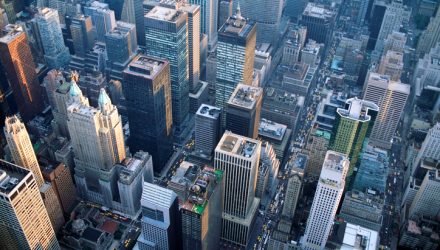 The Russell 2000 Index and the S&P SmallCap 600 Index are up 4% and 1.7%, respectively, year-to-date, confirming the laggard status of smaller U.S. stocks. Those performances pale in comparison to the 9% returned by the S&P 500, weighing on ETFs such as the SPDR Russell 2000 ETF (NYSEARCA:TWOK) and the SPDR S&P 600 Small Cap ETF (NYSEARCA:SLY).

Small-cap weakness is prompting some professional investors to increase bearish bets against the asset class, particularly as doubts increase about the ability of President Donald Trump to push forward key parts of his domestic economic agenda that were seen as catalysts for smaller stocks.

“One measure of market breadth we monitor is the number of stocks that are trading above a defined price. Small caps notably benefited from the “Trump Bump” after the election; however, small-cap performance has waned as a result of the delayed policy agenda,” notes State Street Global Advisors (SSgA). “While the small-cap Russell 2000 Index continues to chug along, registering a new all-time high on June 13th, not all small-cap stocks are being lifted by the tide.”