You are at:Home»Investing»Silver ETFs Still Trying to do Their Best Gold Impression 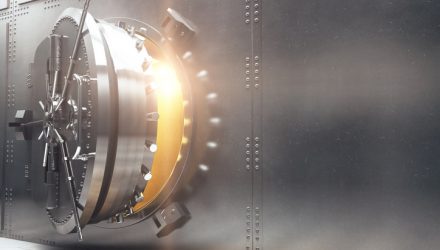 Silver ETFs Still Trying to do Their Best Gold Impression

Among precious metals, gold is the talk of the town, but the iShares Silver Trust (SLV) and the Aberdeen Standard Physical Silver Shares ETF (SIVR), two of the largest exchange traded funds backed by holdings of physical silver, are each up more than 6% this month.

That could be a sign silver, which has trailed gold for much of the yellow metal’s recent move to the upside, is poised to breakout of its slumber.

“Silver has been underperforming gold for much longer than even ardent bears had expected – the ratio of the prices of the precious metals recently hit the highest since 1991,” reports Frik Els for Mining.com.

An Uphill Battle for Silver

The white metal is still lower year-to-date while a slew of other industrial and precious metals are trading higher.

“The lackluster trading in silver exists despite a range of positive drivers – the first annual increase in global demand since 2015 to above one billion ounces, a slump in mine production (particularly primary silver producers where output is down 7%), relatively healthy demand from investors in silver-backed ETFs and a rebound in US coin demand,” according to Mining.com.

“In industry, the outlook is clouded by expectations of slower global economic growth that is affecting major and previously fast growing sources of demand for silver including photovoltaics and automotive applications,” reports Mining.com.