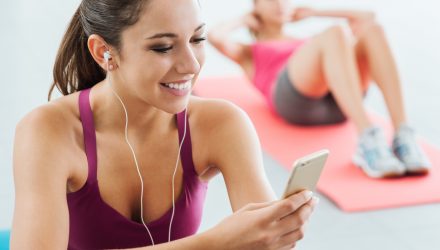 Should You Consider the Spotify IPO?

If you’re into streaming music, you’ve likely heard the name Spotify. In fact, the streaming music service had around 71 million subscribers by the end of 2017, very close to the 80 million or so that Pandora has on its network.

The company confirmed during its investor day that its shares would begin trading April 3 on the New York Stock Exchange. However, is this a company that you should consider investing in? Here are a few things that you should think about:

Spotify’s IPO Is Like Nothing We’ve Ever Seen Before

IPOs are nothing new to investors. In fact, they happen quite regularly. After all, IPOs provide low cost access to capital, so there are just about always plenty of privately held companies looking to go public. However, Spotify’s IPO is like nothing we’ve ever seen before.

First off, on the promotion front, the company is taking a very unorthodox approach. In fact, there will be no bell-ringing events, celebratory parties, interviews surrounding the Spotify stock quote on the floor of the New York Stock Exchange, or even closed door roadshow meetings to promote the IPO. In fact, the company recently streamed a roadshow in a move that I’ve never seen before!

So, no celebrations, no closed door promotion, but that’s not it. In fact, what I find to be most interesting about this IPO is that there will be no new shares issued. In general, when an IPO is launched, new shares are issued to be sold. However, the only Spotify shares that will be available in this IPO will be shares that are already held by existing shareholders.

Looking At The Facts

As of December 31, 2017, the company had 71 million subscribers and 159 million active users. At this time, the database that served the music held more than 35 million songs and more than 2 billion playlists. Not to mention, it is available in 65 markets, most notably: the United States, Canada, and various European nations. Also, by December 31, 2017, the company had paid around 8 billion euros in revenue to its rightsholders. Considering this data, it’s hard to ignore Spotify as an option.

Should You Invest In The Spotify?

Ultimately, this is a question that only you can answer and one that is best answered with the help of your personal financial advisor. However, looking from a broad reaching perspective, Spotify is definitely worth looking into. The company is one of the largest streaming music providers online today, outpacing both Apple and Google Play Music with regard to paying subscribers, and climbing on the tail of Pandora quickly.

However, we’ve seen slowing growth in Pandora, which could suggest slowing growth in the industry as the leader feels the pain. Nonetheless, if you’re willing to take on the added risk associated with an IPO and believe that Spotify will grow from here, this may be a good option to get into!

This article was republished with permission from Modest Money.