You are at:Home»Alternative ETFs»A Short-Term Catalyst to Power Gold ETFs 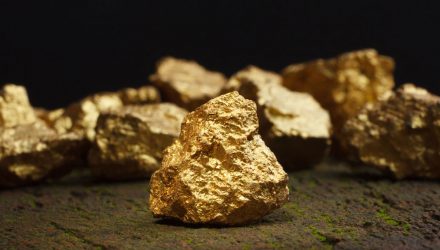 Physically backed gold-related ETFs, such as the SPDR Gold Shares (NYSEArca: GLD), have drifted lower over the past month amid increased appetite for riskier assets, but there are still some catalysts that could power gold funds through the end of 2017.

India, one of the world’s largest gold consumers, could provide a near-term spark for the yellow metal.

“India’s gold imports in September rose 31 percent from a year ago as jewellers increased their purchases ahead of a festival at the end of the month, provisional data from GFMS showed,” reports Reuters. “Higher purchases by India, the world’s second-biggest consumer, could lend support to global prices that are trading near their highest level in a week. The higher imports may also widen the South Asian country’s trade deficit.”