You are at:Home»Investing»A Short Guide to Bitcoin Forks 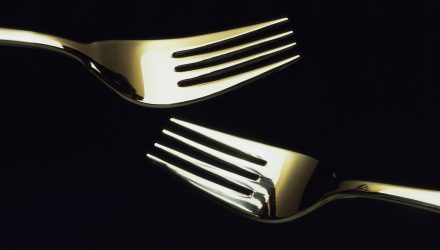 A Short Guide to Bitcoin Forks

Bitcoin forks and forks of other cryptocurrencies are a huge deal in the Bitcoin market. A major fork can swing prices, make headlines, and divide the community on technology issues. But what are they? And why are they such a big deal?

Bitcoin is built on a technology called blockchain, a relatively new type of software that allows a network of users to come to agreements with each other. With Bitcoin, this means agreeing on which Bitcoin transactions are valid and which ones aren’t.

The unique nature of the blockchain software means that upgrading it isn’t as simple as with other types of software. The users of the network have to somehow come to an agreement about new rule changes and how and when to implement those changes. When these changes happen, they are called forks.

Simply put, blockchain technology is an ingenious solution for a network of computers to come to a consensus about something. When you send Bitcoin to someone else on the Bitcoin network, the network comes together to check that your transaction is valid.

If most of the network agrees that it’s valid, your transaction is accepted and recorded onto the blockchain forever. It will be added to the next block of transactions and linked to the previous one using a clever cryptographic technique to make sure it can never be overwritten in the future. These cryptographically linked blocks link one after another to form a chain called a blockchain.

The Bitcoin network checks if your transaction is legitimate by looking at the entire history of the specific Bitcoin you are trying to spend, to make sure you really do own it. If you try to spend a Bitcoin you don’t really have, it will be immediately obvious. The transactions won’t add up, and your transaction will be rejected.

Of course, there are many, many more technical details we don’t need to go into here.

Bitcoin Forks: Changes to the Rules

So blockchain networks are basically a set of rules that allow a network of computers to agree which transactions are valid and which ones aren’t. But what happens when you want to update those rules?

This is where things get difficult. Writing the new code and physically updating the software is the easy part. The hard part is getting everyone to agree to the rule changes. Some examples of rules changes might be:

The problem is that changes to blockchain protocols come with tradeoffs. It means that an improvement in one area usually has costs somewhere else. For example, improvements to scalability in the Bitcoin Cash fork has led to less decentralization in the network. Something many Bitcoin users won’t tolerate. Bigger tradeoffs usually led to bigger splits in the community.

Who Gets to Choose the New Rules?

In theory, everyone can have a say in this process. Miners have a big say in new Bitcoin forks. Transactions on the Bitcoin network are validated and agreed on by Bitcoin miners. Anyone can become a Bitcoin miner if they want, and the strength of your vote will be determined by how much computing power you contribute to mining.