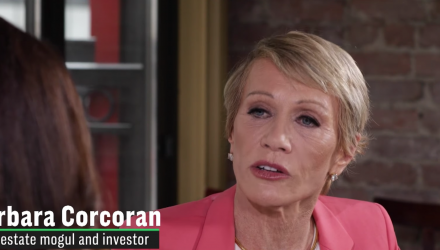 Barbara Corcoran, real estate mogul and star on “Shark Tank,” has achieved considerable success in her career as an investor and businesswoman. Having started with a mere $1,000 loan in the 1970s, Corcoran set forth to build New York’s largest real-estate company, The Corcoran Group, which she sold in 2001 for $66 million.

But the “Shark Tank” star admits to having made regretful purchases throughout her lifetime. Corcoran sat down with CNBC where she shared her most regretful expense this year: a $3,000 Gucci dress.

“I knew it the minute I bought it, it was a mistake,” Corcoran says, “because you wear it once and everyone remembers it… I’ve only worn it once—what a waste of money.” Although Corcoran generally thinks money is there “to be spent,” she regrets purchasing the designer dress because it simply wasn’t a long-term investment.