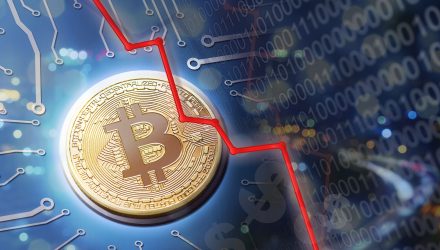 Less than a month after making its debut in the U.S., the Bitcoin Tracker One (OTC: CXBTF) is facing suspension by the Securities and Exchange Commission (SEC).

Structured as an exchange traded note (ETN), the Bitcoin Tracker One product debuted in Sweden in 2015. Clearing and settlement of CXBTF is available in the Krona and Euro since the product is listed and regulated in Sweden. The ETN is issued by XBT Provider, which is a subsidiary of CoinShares.

In a statement out Sunday, the SEC said suspension of CXBTF and the Ether Tracker One (OTC: CETHF) will go into effect as of 5:30 pm Eastern time Sept. 9th and last until 11:59 pm Eastern time on Sept. 20th.

“The Commission temporarily suspended trading in the securities CXBTF and CETHF because of confusion amongst market participants regarding these instruments,” said the SEC. “This order was entered pursuant to Section 12(k) of the Securities Exchange Act of 1934 (Exchange Act).”

The debuts of CXBTF and CETHF in the U.S. were seen as potential precursors to widely anticipated bitcoin exchange traded funds (ETFs), a vehicle the SEC has consistently rejected. Last month, the SEC’s Division of Trading and Markets rejected applications from investment firms ProShares, Direxion and GraniteShares.