You are at:Home»Alternative ETFs»SEC Opens Comment Period on Bitcoin ETFs 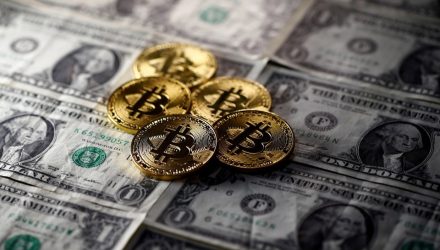 The Securities and Exchange Commission (SEC) is soliciting comments from the investing public on two proposed rules changes that could prompt the long-awaited introductions of bitcoin ETFs.

The SEC is seeking input on proposed rules changes by the Chicago Board Options Exchange (Cboe) that could allow the exchange to list up to four bitcoin ETFs. Cboe was the first exchange operator in the U.S. to introduce futures based on the volatile digital currency, having done so last month.

“Released by the SEC on Dec. 28 and Jan. 2 as a way to solicit public input on the proposals, the new documents make public proposed rule changes put forward by the Chicago Board Options Exchange (Cboe) that would exempt its proposed bitcoin ETFs from certain market manipulation rules. Submitted in two filings, on Dec. 15 and Dec. 19, the rule changes relate to advisors and brokers that would seek to support the products when launched,” reports Coindesk.

In December, bitcoin futures launched on the Cboe followed by the CME on Dec. 18th. Nasdaq plans to launch futures on the cryptocurrency later this year.

Thus far, no exchange traded products related to digital currencies have been approved by U.S. regulators. Derivatives help increase liquidity and improve markets for an asset category by allowing investors to bet on ups and downs of an asset, evening allowing individuals to adopt market-neutral strategies. They are also a key component in the creation of many futures-backed ETFs utilized by a range of investors.