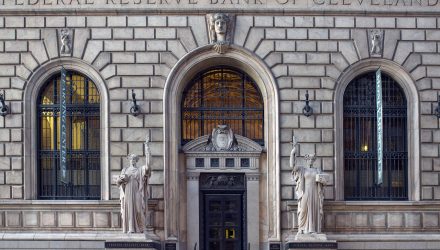 The first snowfall hitting New York City this weekend served as a nice reminder that the holiday season is upon us. It snowed in the nation’s capital as well, but that didn’t stop the Federal Reserve (Fed) from reigning in the cheer, as the FOMC raised the Fed Funds target another quarter-point, to a range of 1.25%–1.50%. This was the third hike of 2017, and the policy makers have now raised rates by a full one percent since November of last year.

Was this latest increase an example of Grinch- or Scrooge-like behavior? Probably not. The Fed had done a very good job of telegraphing this move to the markets, so it was not a negative surprise. Some market participants will no doubt feel there was no urgency for another hike, as inflation and attendant expectations remain very well anchored. Indeed, the FOMC is still witnessing inflation readings below their 2% threshold, as measured by their preferred gauge (Personal Consumption Expenditures Price Indexes), and wage gains continue to be muted as well. To provide perspective, in last week’s jobs report, the year-over-year gain in average hourly earnings came in at +2.5% in November, or .4 percentage points below the year-end 2016 reading of +2.9%.

In our opinion, even with this latest increase, U.S. monetary policy is still not restrictive. When you factor in the loose policy settings in both Japan and the eurozone, monetary conditions on a global scale remain rather accommodative. It would appear as if the Fed is continuing on its mission of moving the Fed Funds target further away from zero while it still has the chance. Under chair Janet Yellen, the policy makers have emphasized how Fed Funds are the preferred tool to make adjustments, so any distance that can be provided between zero and the upper band of the overnight money target serves as a potential cushion if the voting members need to reverse course and lower rates in the future.

What about the future? As we all know there will be a new sheriff in Fed-town as of 2018. Earlier this month, the Senate Banking Committee voted 22:1 in favor of current Fed governor Jerome Powell’s nomination to be the next chair. As of this writing, there wasn’t yet a date set for a full Senate vote, but it appears highly likely that Powell will get approved. For the record, the next policy meeting is slated for January 30–31, 2018, and Yellen’s term will end on February 3, 2018. Powell’s nomination to be the next chair was probably the best outcome for the markets, especially in light of the fact that Yellen was not going to be reappointed. It seems reasonable to expect Powell would continue current Fed policy (gradual rate hikes and balance sheet normalization) at least for the next couple of FOMC meetings, before considering any change to the charted course.

Since the money and bond markets were expecting a rate hike this time around, attention was turned to the Fed’s forecast for potential further increases in 2018. Heading into this meeting, the outlook was for three additional increases next year, and that is where the FOMC’s projections still point. In contrast, the fixed income arena was priced for only two moves from the Fed. Let’s not forget that the pace of balance sheet normalization will be increasing as well as we move further into next calendar year—that is, barring any unforeseen developments.

Unless otherwise noted, data source is Bloomberg, as of December 11, 2017.

This article first appeared on the WisdomTree blog and was republished with permission.