You are at:Home»New ETFs»Schwab Could Introduce First ETF in 4 Years 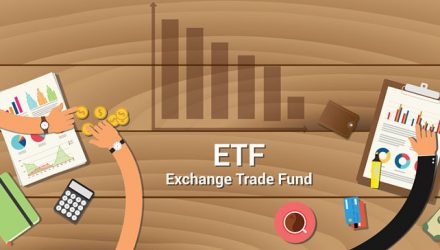 The Charles Schwab Corporation (NYSE:SCHW) was a late entrant to the exchange traded funds industry, but that has not stopped the brokerage giant from becoming an ETF giant as well. Today, Schwab is the fifth-largest U.S. ETF sponsor and is considering launching its first new ETF since 2013.

“Charles Schwab Investment Management, the brokerage’s money-managing arm, is seeking approval for a stock ETF that would track a proprietary index of the 1,000 largest U.S. companies, according to regulatory filings,” reports Rachel Evans for Bloomberg.

Schwab has not launched a new ETF since August 2013 when it unveiled its lineup of fundamentally-weighted, or smart beta, ETFs. That group includes popular funds such as the Schwab Fundamental Emerging Markets Large Company ETF (NYSEARCA:FNDE). FNDE is rapidly becoming one of the dominant names among smart beta emerging markets ETFs, an asset class usually dominated by plain vanilla cap-weighted funds.

Assuming it comes to market, the “Schwab 1000 Index ETF would be the issuer’s first to use an index created in-house, reducing Schwab’s costs and potentially allowing it to charge as little as zero to two basis points in management fees,” reports Bloomberg.