You are at:Home»Featured»“Scary” Stocks Go Up Most of The Time 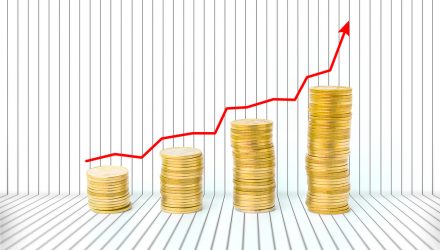 “Scary” Stocks Go Up Most of The Time Unexpected patterns show up all over the place.  Some of them have meaning.

Even a quick perusal of a few investing references or media articles will leave you with the clear impression that stocks are “scary” and bonds are “safe”.  That seems to be the conventional wisdom. By this measure, over almost any period of time, you have a greater chance of losing real money with bonds than with stocks.  That’s why some long-term investors, like me, view investing in bonds as the scarier choice.

Outside of technical measures like routine volatility, there’s also the general perception that stocks tend to “crash” a lot, while bonds don’t.  This view is understandable for anybody who’s been investing for the last 20 years because of the huge stock crashes of 2000, 2008, and smaller examples like the relatively brief crash of March 2020.  But even that view is a bit myopic.

For example, these two graphs show the nominal annual total returns of stocks and bonds sorted from lowest to highest using the same Aswath Damodaran data. Stocks have gone up¹ in 73% of the years since 1928, while bonds have gone up in 82% of those years.  The difference amounts to just 8 more down years for stocks over 93 years.  Given the stock market’s scary reputation, you’d expect stocks to go down more often, but that’s not what history shows.

Also, I kept the vertical axis on the same scale for these two charts to highlight that the magnitude of up and down years for bonds is generally much smaller than for stocks.  The existence of more large down years for stocks is probably the main reason that they’re considered crash-prone.  But to me, this just shows that if you want the benefit of stocks, which tend to have relatively big up years 73% of the time, then you have to tolerate relatively big down years the other 27% of the time. All my statistics so far are based on annual returns, which begs the question, how often does the stock market go up over shorter timeframes?  I found some answers in a Fisher Investments article that used S&P 500 data from 1926 to 2017.  This table summarizes the key statistics for nominal returns.

Clearly, the shorter the timeframe you use, the lower the percentage of time that stocks go up.  On a daily basis, the stock market’s positive record is only slightly better than a coin flip.  This is yet another reason that the vast majority of day traders fail to make a profit.  On any one bet that stocks will go up, day traders are trying to exploit a mere 3% differential for positive daily outcomes.

But even if you can only wait for a few months (one quarter) the chances that you will experience positive nominal stock returns shoots up to nearly 70%.  Because we already know that jumping in and out of the stock market is a loser’s game, I think we can safely say that the daily and monthly statistics here are irrelevant to mindful investors, who invest for the long-term.

It’s Darkest Before the Dawn

When it comes to bad news, it seems that people worry more about sudden events like stock crashes and less about slow processes like inflation-adjusted bond losses.  Here’s a chart from JPM’s excellent “Guide to The Markets” series that shows some of the more recent stock market “pullbacks”, which were accompanied by significant spikes in the routine volatility of stocks. I was investing throughout this period, but I have to admit that I’ve forgotten about some of these pullbacks.  But I remember the “flash crash”, “BP oil spill”, “Ebola”, “rising rates” and “COVID-19” freakouts pretty clearly.  In each case, the headlines and online discussions during these pullbacks were mostly overwrought.  And each time, there were plenty of experts willing to predict that these pullbacks were the first act of the next major crash.  But these events all turned out to be just temporary dips on the road to ever-higher stock prices.

Given that the above chart only goes back 10 years, you might attribute the focus on these relatively brief pullbacks indicative of the supposed trend of decreasing attention spans among Americans.  But just like the different timeframes of positive return statistics for stocks, you can examine longer timeframes for S&P 500 price charts.  For example, you see the same sorts of patterns of dips accompanied by scary narratives in this chart going back to 1994 (also from JPM). Over this period, some of the “pullbacks” were true crashes of historic proportions, namely in 2000 and 2008.  But many of the pullbacks in the first JPM chart, which seemed so recently ominous, are hardly visible over this longer timeframe³.  Regardless of the number and severity of the crashes, the fact that the stock market rises in about 70% of all years is clearly evident whether you look back 10 years or nearly 30 years. This graph is presented on a logarithmic scale because a linear scale would shrink all the details to invisibility.  On a linear scale, all you would see is the S&P 500 rocketing to the moon over 120 years, which illustrates the power of long-term stock investing but tells us little about the dips along the way.

All of this reminds me of fractal patterns where the same recurring shapes appear at every scale, as neatly illustrated in this video.  [You don’t need to watch the whole video to get my point, but watch it for about 30 seconds until it really gets going.]

Likewise, no matter what stock timeframe we choose, we see the same recurring pattern of an overall upward trend punctuated by shorter periods of losses.

In all fairness, I think the 120-year chart for the S&P 500 shows something new that you don’t see in the two shorter, more recent charts.  Namely, in the 1930s, 1970s, and 2000s the stock market plateaued and went essentially nowhere for about a decade.  Clearly, stocks can sometimes produce bad sequences of returns that contain more than their fair share of negative return weeks, months, or years.  Nonetheless, as the very first graph in this post shows, these bad sequences are infrequent enough that they amount to just a 13% chance of an inflation-adjusted loss for the stock investor who is willing to buy and hold for about a decade.

Stocks aren’t so scary if you consider that they go up most of the time as this table summarizes for different measures and timeframes.

Despite this good news, it seems to be human nature to focus on the bad news.  Daily media and online discussions mostly dwell on situations that occur less than 10% to 30% of the time, depending on how you want to measure it.  And that’s probably because bad news gets more clicks.

I should be amply clear that all this is based on historical data.  While I’ve used some pretty loose forward-looking language in this post, the future can always turn out differently than the past.  Nonetheless, in cases like this, history is one of the few tools available that might tell us something meaningful about the future.

1- When I use the shorthand “stocks (or bonds) go up”, I specifically mean the asset had a positive return for the period in question.  In turn, this means that someone invested in that asset for that period would see their investing account value go up relative to the value at the start of that period.  The same goes for the phrase “stocks go down”, but in the opposite direction.

2 – Fisher Investment’s annual statistic of 74% positive years matches pretty well with my calculations that yielded 73% positive years.  The slight difference is probably attributable to the different timespans used in the two datasets.  Fisher used 1926 to 2017, and I used 1928 to 2020.  Also, note that the 94% positive statistic for rolling 10-years is on a nominal basis, while the first graph in this post shows a 10-year 87% positive statistic on an inflation-adjusted basis.

3- I also think it’s funny how some of the names changed over time.  For example, the December 2018 pullback went from being called “rising rates, trade, peak growth” in the first graph to “Volmaggedon, holiday crash” in the second graph.  It seems that sometimes we can’t even remember the main narrative that was driving all the panic.