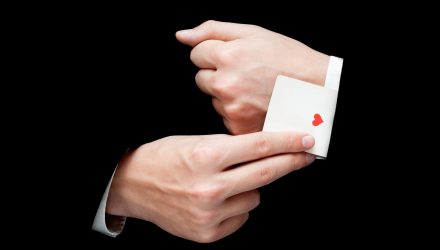 In an effort to boost oil prices that have been languishing for much of this week, Saudi Arabia cut supply shipments of crude en route to the United States.The slick move appears to be working as Brent crude and WTI crude were both in the green by about 0.50% on Friday.

However, the supply slashing sleight-of-hand might not be viewed by U.S. President Donald Trump favorably in his effort to reduce energy costs. Nonetheless, motorists have been getting a pre-Thanksgiving treat with lower gas prices as the result of the recent declines in oil prices.

In the meantime, the reduction in shipments by Saudi Arabia have been ongoing since September, thanks to data from tanker tracking firm ClipperData. As a result, ClipperData shows that Saudi shipments to the U.S. could reach record-setting low levels at the current rate of reductions.

“It worked so well in 2017 for [the Saudis]to cut flows to the U.S. because people could see the inventories dropping because U.S. data is so timely and transparent,” said Matt Smith, head of commodities research at ClipperData.

“The markets have become more transparent through tanker tracking,” Smith added. “You can see those changes being implemented more, and (the Saudis are) aware of that.”

Oil prices have been on a downward trajectory in the last six weeks, resulting in a 25% decline into bear market territory. To parry the price drop, Saudi Energy Minister Khalid al-Falih stated on Monday that the Organization of Petroleum Exporting Countries (OPEC), Russia and several other producers may soon implement measures for a fresh round of price-boosting output cuts.