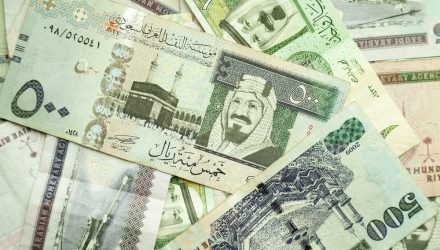 The National Commercial Bank said it had signed an initial agreement with smaller lender Samba Financial Group to create a combined entity with almost $214 billion in assets, Reuters reports.

NCB’s offer would value each Samba share at 27.5% above its market value of nearly $12.3 billion based on Wednesday’s closing price.

The depressed crude oil prices and weak growth from a coronavirus-ravaged global economy are pushing banks to consolidate across the Gulf. If the merger goes through, it would create one of the region’s largest lenders by assets after Qatar National Bank and UAE’s First Abu Dhabi Bank.

“Samba is likely to offer value to NCB with a strong franchise in large corporates and capital market operation,” Edmond Christou, a banking analyst at Bloomberg Intelligence, told Bloomberg. “Samba has one of the best capital and liquidity positions, and it has consistently managed its credit quality prudentially and its cost of risk below the industry. For Samba, this could mean a better position in retail space and closer ties to public sector financing.”

The merger helped reverse back-to-back losses in the Saudi Arabian market after the kingdom’s decision to bar visitors from abroad from the annual haj pilgrimage due to the ongoing coronavirus pandemic.

Additionally, the International Monetary Fund on Wednesday warned that Saudi Arabia’s economy will contract by 6.8% this year, or worse than the previously expected 2.3% contraction predicted back in April, as low oil prices and the ongoing Covid-19 weigh on the kingdom’s economy, Reuters reports.