You are at:Home»Equity ETFs»Saudi Arabia ETF Could Be Pressured as Row with Canada Escalates 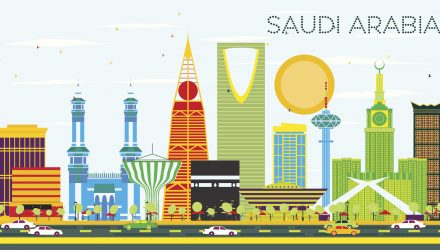 Saudi Arabia ETF Could Be Pressured as Row with Canada Escalates

Saudi Arabia’s diplomatic scuffle with Canada risks alienating the kingdom in a time when it is trying to revamp its economy, shaking the outlook for the emerging country-related exchange traded fund

However, the developing market’s outlook may come under pressure as Saudi Arabia’s diplomatic problems with Canada dissuades foreign investors from investing money into the emerging country’s bid to overhaul its economy.

Saudi Foreign Ministry announced it “will put on hold all new business and investment transactions with Canada” after what it described as an unacceptable attempt by Canada to interfere in domestic affairs.

The immediate strike back with economic consequences may potential dissuade other foreign investors looking into Saudi Arabia.