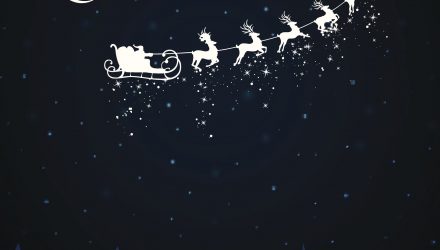 Here Comes a Santa Claus Rally or Not: It Could Be up to the Fed

It may not matter whether investors were naughty or nice in 2018 if the capital markets are unable to produce a Santa Claus rally, which could rest in the hands of the Federal Reserve on Wednesday.

The Dow Jones Industrial Average and S&P 500 both lost 2 percent on Monday as both major indexes inched closer to December lows not seen since the Great Depression. For the month of December, the Dow is down 7.8 percent, while the S&P 500 has lost 7.6 percent.

The markets got a slight boost at the close of Tuesday’s session with the Dow gaining over 80 points, but not enough to make a dent in December’s declines.

A year-end holiday rally may come down to not what the Fed does on Wednesday, but what they say. With an interest rate decision forthcoming, a rate hike could add further pain to the markets or an unchanged rate could spur a much-needed U.S. equities rally after a new normal of volatility has put the stock market in a stranglehold.

Even if the general consensus in the markets is that a rate hike is forthcoming, dovish tones by the Federal Reserve could also help ease fidgety investors waiting on the sidelines.

“For U.S. stocks to drift higher this week, the Fed will have to strike an easier tone about future rate hikes without signaling undue concerns about U.S. economic growth,” wrote Nick Colas, co-founder of DataTrek Research, in a note to clients Monday.