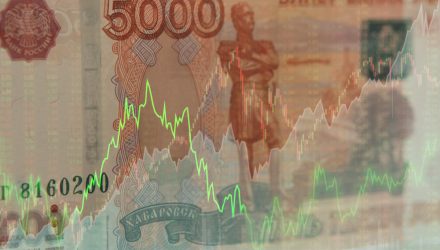 Russian markets and country-specific exchange traded funds plunged as the country tries to contain a 20,000-ton fuel spill in Siberia.

Russian President Vladimir Putin ordered a state of emergency in Norilsk, after 20,000 tons of diesel fuel spilled into a nearby river from a power station, CNN reports.

Shares in Nornickel plunged as the world’s leading nickel and palladium producer said it was flying storage containers to the remote Arctic city to contain river water contaminated by the leak.

An environmental group described the fuel spill as “catastrophic”. The concentration of contaminants in the river waters has exceeded permissible levels by tens of thousands of times over, according to Russian environmental agency Rosprirodnadzor.

“The incident led to catastrophic consequences and we will be seeing the repercussions for years to come,” Sergey Verkhovets, coordinator of Arctic projects of Russia’s WWF branch, said in a statement. “We are talking about dead fish, polluted plumage of birds, and poisoned animals.”

The head of the Ministry of Emergency Situations Evgeny Zinichev stated that power station employees initially tried to contain the spill on their own and refrained from reporting the incident for two days.

“So what, we are going to learn about emergencies from social media now? Are you okay over there?” Putin said, censuring Krasnoyarsk governor, Alexander Uss, and managers of the Norilsk-Taimyr Energy Company, for a delayed response after learning about the disaster through social media.

Nornickel, the energy company’s parent, stated that the storage tank possibly sank due to thawing permafrost, pointing to the increasing the dangers of warming temperatures to the Arctic region’s infrastructure and ecosystems.

“Right now we can assume… that due to abnormally mild summer temperatures recorded in the past years, permafrost could have melted and the pillars under the platform could have sunk,” Nornickel chief operating officer, Sergey Dyachenko, said.