You are at:Home»Equity ETFs»Russell Index ETFs’ Reconstitutions Reveal After Effects of Post-Election Rally 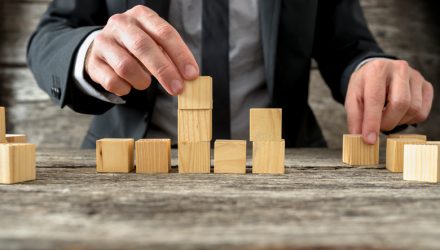 As two popular Russell index-based exchange traded funds go through their annual rebalancing and reconstitution act, investors will find their exposure has shifted in response to the post-election U.S. equity market rally.

“It was a tale of two markets this year in US equities as reflected by the Russell US Indexes,” Mat Lystra, Senior Index Research Analyst, FTSE Russell, said in a research note. “The market exhibited strong growth in the past year, yet the majority of this growth has come from the ‘Trump Bump’ following the US presidential election.”

Lystra explained that among the top performers included the so-called “tech high five” or large technology companies, like Amazon (NasdaqGS: AMZN), which led the recent charge.

This is among the reasons “why we reconstitute at all,” Lystra told ETF Trends in a call. “We re-evaluated the entire market and made sure it was true to changes currently taking place.”