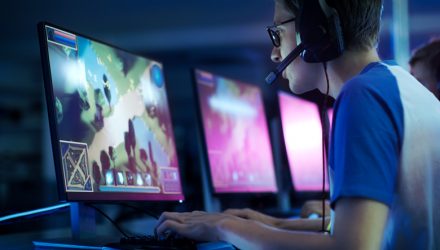 The fund offers retail and institutional investors exposure to e-sports and digital entertainment by tracking, before fees and expenses, the Roundhill BITKRAFT Esports Index (NERD Index).

The NERD Index is the first rules-based index designed to track the performance of the growing market of electronic sports, or e-sports. The Index consists of a modified equal-weighted portfolio of globally-listed companies who are actively involved in the competitive video gaming industry. This classification includes, but is not limited to video game publishers, streaming network operators, video game tournament and league operators/owners, competitive team owners, and hardware developers.

Roundhill believes that e-sports and video games are the future of live media, sports and entertainment. The global video game market totaled $138 billion in 2018, with more than 2.3 billion gamers worldwide, according to Newzoo. Esports, defined as competitive video gaming in front of a viewing audience, is the driving force of that growth.

“Over the past few years, the gaming landscape has evolved,” said Will Hershey, CEO of Roundhill. “Technological advances in streaming have transformed video games into spectator sports, with more than 450 million viewers worldwide.”

Roundhill CIO Tim Maloney added, “Titles like Fortnite have become social phenomena, establishing video games as mainstays in popular culture. In 2018, more than 600,000 fans tuned in to watch Ninja and Drake battle enemy squads, while earlier this year, 10 million attended an in-game Marshmello concert. The numbers are astounding, and this is just one title.”

To encourage investors to add NERD to their portfolios, the fund will offer a fee waiver for the first year of trading, capping the fund’s expense ratio at 0.25%. The firm intends to charge 0.50% per year thereafter.

“The Roundhill BITKRAFT Esports and Digital Entertainment ETF enables institutional investors as well as individuals to participate in the long-term growth of e-sports and the underlying entertainment trends,” said Jens Hilgers, Founding Partner of BITKRAFT Esports Ventures. “Essentially, this ETF enables e-sports fans to invest in the field they love and believe in.”