You are at:Home»Robotics & AI»Thoughts on AI: Some High-Probability Predictions on a Very Uncertain Future 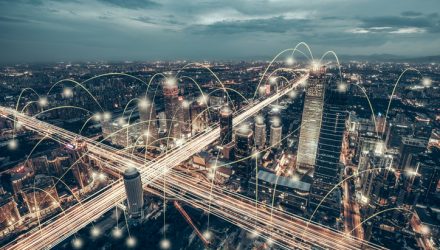 Thoughts on AI: Some High-Probability Predictions on a Very Uncertain Future

While it’s impossible to be certain about what artificial intelligence (AI) will mean for our economic future, history offers hints for what it may hold.

Will AI Cause Mass Unemployment?

No. New technologies have always enabled the economy to produce existing products with fewer workers, freeing up people’s resources for new products and freeing up workers to produce them. Farm automation reduced agricultural work as a share of the labor force from 38 percent in 1900 to two percent today, and we produce more food than ever. Education, recreation, and healthcare, which absorbed a tiny share of household spending in 1900, now account for almost half our spending and many millions of jobs.

The products of the future will generate plenty of jobs. Companies that have successfully automated production, such as BMW’s U.S. operations, have mostly seen net increases in jobs, not reductions. Also, current evidence suggests AI is likely to be ill-suited for many tasks performed by human beings for a long time to come, as Ed Lazear, a leading economist at Stanford and the Hoover Institution and Chairman of the George W. Bush Institute-SMU Economic Growth Initiative’s Advisory Council, points out in a recent interview.

To be clear, AI will undoubtedly reduce the demand for human workers in many traditionally labor-intensive occupations, just as automation reduced the demand for farm workers in past decades. But history argues that growing occupations – including some that don’t yet exist – will counter-balance this challenge and keep the working-age population well employed.

How Will AI Enrich Society?

First, it will deliver new goods and services, such as improved medical care – a focus of AI work at Google and IBM. Second, it will make workers more productive, as new tools have always done, and thus lead to higher real incomes. And third, it will make work more engaging for most workers, as Amazon CEO Jeff Bezos predicted at the Bush Center’s Forum on Leadership in April.

What Are AI’s Biggest Pitfalls?

One is that it introduces new, destabilizing dynamics into geopolitics and national security. Rogue actors seeking to disrupt the U.S. and our allies through asymmetric tactics have new weapons at their disposal, as we’ve seen with foreign efforts to hack our election system. It will take considerable ingenuity for Western nations to respond.

Another challenge is that AI will likely disrupt many white-collar service professions as profoundly as automation has disrupted manufacturing. The most innovative companies will overturn incumbents at a breathtaking clip. This coming wave of disorienting change will likely influence politics, war, and culture in countless unpredictable ways as it unfolds.

The only high-probability prediction we can venture on this question is that it is utterly unpredictable. Contrary to today’s conventional wisdom, the advent of new production technologies has generally not raised the share of the economic “pie” going to owners of capital at the expense of workers over the long term. Rather, income shares for labor and capital have fluctuated back and forth unpredictably, and the most recent trend has been toward a greater share for labor.

What Does AI Mean for International Economic Relations?

With any luck, trade disputes over steel and aluminum will become a minor, manageable sideshow. But the emerging contest between the U.S. and China for supremacy in 21st century technologies like AI will surely shape the world in dramatic ways for many years to come.