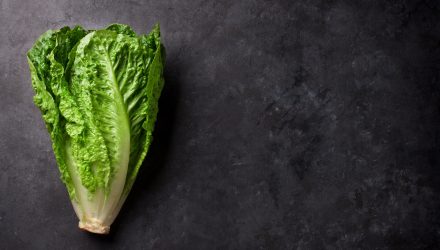 Scared to Eat That Lettuce? Robots & AI Are Coming to the Rescue

2018 has been quite a year for food-borne illnesses. What’s even more disturbing than the sharp rise in food safety investigations (the CDC has investigated a shocking 22 food safety investigations to date) is the fact that food safety could have—and, yes, should have—been dramatically improved with the help of the newest advancements in robotics, automation, and AI (RAAI). In an age when technology is better skilled than ever to improve food safety and keep us healthy, having more investigations in a single year than we’ve seen in well over a decade seems particularly outrageous.

But there is a glint of good news in all of this mess. While it may appear that food-borne illnesses are on the rise, according to Dr. Scott Gottlieb, the commissioner overseeing the FDA, it’s not that food sources are becoming inherently less safe, but rather that the CDC has “better technology than ever before” to investigate each outbreak and trace which food-borne bacteria has caused any particular illness across the country. In other words, while there may have been a similar amount of illness occurring in the past, it wasn’t until now that the CDC has been able to accurately identify what was causing each outbreak, and therefore what food consumers should avoid.

That’s a definite plus, but an even bigger benefit of the latest advancements in RAAI is that they promise to not only make it easier and faster to track the source of food-borne illnesses, but also to help prevent them from happening in the first place.

Consider this: for just one head of lettuce to move from farm to table, it must travel across a long and labor-intensive supply chain. At every step along the way—planting, harvesting, processing, packaging, and distribution—there is a plethora of opportunities for contamination, whether from human contact, pollution, bacteria, insufficient refrigeration, or other causes. Thanks to recent innovations in robotics, automation, and AI solutions for the supply chain industry, RAAI is already capable of dramatically diminishing those opportunities. Here are just a few examples:

Farmers are now using robotic sensors that can be used right in the fields to analyze variables such as microbial water quality, soil acidity, and temperature in real time. (That’s the very data that could have alerted farmers to the presence of E. coli long before a single head of lettuce was picked, packed, shipped, and served.) At the same time, AI-powered robots and drones are enabling “precision agriculture” to identify when water, pesticides, and fertilizers are needed—plant by plant—to reduce costs and increase yields.

Germany’s LumoVision recently launched the first optical sorting technology that is able to identify grains that have been contaminated with aflatoxin—a mold that, according to the International Food Policy Research Center, has caused about 155,000 cases of cancer. Just one grain infected with aflatoxin can poison a whole harvest, but it can’t be seen, smelled, or tasted by humans. The LumoVision solution uses cameras and ultraviolet lighting to optically sort even the smallest gains to identify this dangerous mold and eliminate contamination by up to 90%.

After crops are picked, robots can be used to maintain safety during processing. Unlike their human counterparts, robots can process food germ-free. Because they are unaffected by extreme temperatures or chemicals, robots can be easily sterilized throughout the day, and automated temperature readers can be used to record and manage the temperature of the environment and the food itself to help prevent food-borne pathogens from moving through the supply chain. The big four industrial robotics companies, Fanuc, ABB, Yaskawa, and Kuka, are all developing a growing range of food-grade robots, a rapidly evolving market. According to the IFR, more than 10,000 robots were sold to the food and beverage industry in 2017, up 19% YoY. Yet this was less than a twentieth the number of robots purchased by the automotive and electronics industries. By detecting and addressing environmental and physical defects at the processing point, food processors can improve quality and overall food safety.