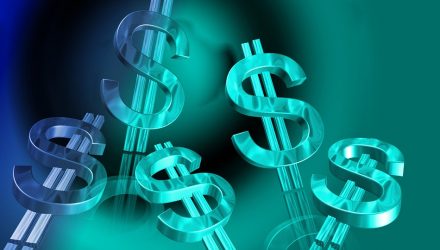 Twenty-seven startups raised money in June to the tune of $2.1 billion, another great month for robotics fundings. Also during June there were 10 acquisitions and two IPOs. See below for details.

The top robotics fundings were:

This month’s $2.1 billion in fundings brings the year-to-date total to $7.1 billion!

PTC (NASDAQ:PTC), a IoT, Industry 4.0 and control software provider to government and industry, has partnered with Rockwell Automation (NYSE:ROK), the world’s largest company dedicated to industrial automation and information, “to accelerate growth for both companies and enable them to be the partner of choice for customers around the world who want to transform their physical operations with digital technology.” Rockwell is making a $1 billion equity investment in PTC as part of the deal in which the two agreed to align their respective smart factory technologies and industrial automation platforms.

JD (JingDong) (NASDAQ:JD), the Chinese equivalent to Amazon and China’s 2nd largest e-commerce provider, raised $500 million from Google/Alphabet (NASDAQ:GOOG). Like Amazon, JD is heavy in the automated logistics business and now, with this investment, JD plans to open restaurants staffed by robots starting this August and ramping up to 1,000 by 2020. The restaurants will serve 40 or fewer dishes with customers ordering and paying by smartphone.

JD is also involved in last mile deliveries and just launched 20 mobile robot carts in the Beijing area (each robot can deliver up to 30 different parcels). Google has been partnering and investing in smart logistics, online grocery shopping, virtual assistant shopping and same day delivery and this investment in JD adds to that effort.

Quantum Surgical, a French surgical robotics startup, raised $50 million in a Series A funding round led by Ally Bridge Group with participation from China’s Lifetech Scientific through its joint venture with Ally Bridge Group.

Ceres Imaging, an Oakland, CA-based aerial spectral imagery and analytics company for the ag industry, raised $25 million in a Series B funding led by Insight Venture Partners and joined by Romulus Capital.

Starship Technologies, the Estonian mobile robot delivery startup, raised $25 million in a seed round from existing investors Matrix Partners and Morpheus Ventures, along with extra funding from Airbnb co-founder Nathan Blecharczyk and Skype founding engineer Jaan Tallinn. The money will go toward expanding the fleet which they forecast to exceed 1,000 robots across 20 work and academic campuses, as well as various neighborhoods, in the next year.

Verity Studios, a Swiss indoor entertainment drone startup from one of the co-founders of Kiva Systems, raised $18 million in a Series A round led by Fontinalis Partners with Airbus Ventures, Sony Innovation Fund, and Kitty Hawk.

Matternet, a Silicon Valley developer of drone logistics solutions, raised $16 million in Series A funding. Boeing HorizonX Ventures led the round and was joined by Swiss Post, Sony Innovation Fund and Levitate Capital.

Andrew Alliance, a Swiss developer of a line of bench-top lab pipetting robots, raised $14 million in a Series C funding round from Tecan Group, the Waters Corporation, Inpeco, Rancilio Cube, Sam Eletr Trust and Omega Funds. Andrew Alliance has supplied 18 of the top 20 pharmaceutical companies, the top four diagnostic companies, and 16 of the top 20 of the world’s leading academic research institutions with lab robots.

For years, Savioke built its autonomous navigation stack from scratch using ROS. Going forward, Savioke will integrate the BrainOS platform. This will allow Savioke to spend more time developing domain-specific tasks for new areas such as healthcare. One task Cousins discussed was authentication. Savioke uses hotel room doors to authenticate it system, but Cousins says this won’t work in hospitals. In hospitals this needs to be done using RFID, which Savioke is adding to the Relay robots.

“We want to focus on areas where Savioke can be unique, not on areas where we don’t have a competitive advantage,” says Savioke founder and CEO Steve Cousins. “Brain Corp. is doing some interesting stuff that is potentially game-changing in terms of the cost. They’re able to command volume pricing on sensors that we can’t. And they’re engineering things to fit together nicely.”

NextInput, a Silicon Valley developer of MEMS-based force-sensor solutions, raised $13 million in a Series B funding round from Sierra Ventures, Cota Capital and UMC Capital.

Chowbotics, the Silicon Valley salad-making robot, raised $11 million in a Series A-1 funding round led by the Foundry Group and Techstars. They will use the funding to develop grain, breakfast, poke, açai and yogurt bowls.

Box Bot, a Berkeley-based developer of autonomous delivery robots, raised $7.5 million in seed funding. Artiman Ventures led the round and was joined by Pear Ventures, Afore Capital, Ironfire Ventures and The House Fund.

Kittyhawk, a San Francisco-based drone innovation company, raised $5 million in a Series A funding round led by Bonfire Ventures and joined by Boeing HorizonX Ventures and Freestyle Capital.

InterModalics/Pick-it, a Belgian vision system provider for co-bots, raised $2.9 million from Urbain Vandeurzen and PMV to provide growth capital for the Pick-it vision and distancing device.

Acryl, a Korean voice and emotion recognition AI startup, raised around $934,000 from LG Electronics (which equated to a 10% stake in the venture).

Bonsai AI, a Berkeley software and AI startup, was acquired by Microsoft (in what might be called an acqui-talent grab) for an undisclosed amount. Bonsai’s 45+ employees will be used by Microsoft to build the machine learning model for autonomous systems of all types.

Carter Control Systems, a Maryland integrator of material handling logistics systems for high-volume mail handlers and postal automation, was acquired by Systems Solutions of Kentucky, a wholly-owned subsidiary of Lummus, a legacy provider of machinery and parts for cotton gin companies, for an undisclosed amount. Systems Solutions is an integrator of letter, parcel, baggage and cargo sortation devices and conveyor equipment. Carter offers a full range of robotic solutions for picking, packing, machine tending, assembly and palletizing.

FFT Production Systems, a German integrator of industrial robots, was acquired by Chinese conglomerate Fosun International for an undisclosed amount. FFT provides complete vehicles and production plants for Tier 1 equipment makers in Germany, the USA, Japan, China and other countries. In 2017, FFT recorded revenues of over $984 million and employs over 2,600 people.

HEXAGON (STO:HEXA-B), the Swedish conglomerate integrating sensors and software into precision measuring technologies, acquired American AutonomouStuff, a developer and supplier of autonomous vehicle solutions, for an undisclosed amount estimated to be around $160 million. Hexagon has ~18,000 employees and net sales of ~$4.2 billion. During 2017 Hexagon acquired MSC, Vires, Catavolt and Luciad to enhance their autonomous, visualization and mobile capabilities. AutonomouStuff joined Baidu’s Apollo project team working on autonomous vehicle solutions earlier this year and had 2017 sales of $45 million.

OnFarm Systems, a Fresno, CA-based SaaS for farmers, was acquired by Swiim, a Denver, CO irrigation system provider, for an undisclosed amount. The plan for the acquisition is to integrate SWIIM’s water balance monitoring and reporting data into the OnFarm dashboard thereby creating a more user-friendly product for SWIIM’s clients.

On Robot, a Danish gripper maker startup, has become the remaining name in the 3-way merger/acquisition of On Robot, OptoForce, a Hungarian force sensor provider and Perception Robotics, a Los Angeles gripper and tactile sensor developer. No financial information was provided.

RedZone Robotics, a Pittsburgh-based multi-sensor inspection provider for wastewater pipeline systems founded 30 years ago by famed roboticist “Red” Whittaker, was acquired by a group of investors led by Milestone Partners and including ABS Capital Partners, for an undisclosed purchase price.

Albert Analytical Technology (TYO:3906), a Japanese analytics firm developing AI for self-driving vehicles, issued shares to Toyota Motor in return for $3.6 million of cash “For technological innovation as in the development of automated driving technologies with advanced analytical capacity centered on AI and machine learning.”

Related: Add Robotics and AI to Your Portfolio for Better Sleep