You are at:Home»no-rss»Cockroach Locomotion Applied to New Robots 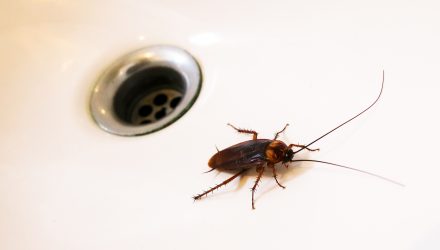 Johns Hopkins researchers have recently published a study that took a closer look at cockroach locomotion in hopes of applying it towards the design of robots in the future.

Cockroaches remain one of the most resilient creatures in the world. While they’re a major annoyance when infesting a home, their ability to stand up to harsh conditions has allowed the species to thrive and continue to grow despite a changing environment. Most famously known for their ability to survive 15000 the dose of radiation that’s lethal to humans, there’s a lot to learn from these fascinating insects.

Two related papers published by Johns Hopkins researchers took a look at cockroach locomotion and implemented it in tiny, palm-sized robots. The team hopes that, in the future, the idea of cockroach locomotion will be able to be applied to robots that can be deployed in rough terrains such as an alien world or the site of a disaster.

The team was led by Sean Gart, a postdoctoral fellow at Johns Hopkins, and closely followed cockroach locomotion as they traversed tracks filled with two different kinds of obstacles: large bumps and large gaps. These different obstacles were intended to mimic the terrain that insects usually encounter.

The study found that cockroach locomotion doesn’t take into account self-preservation in dangerous situations. Frequently, cockroaches would bump into walls and then quickly shift to climbing the walls.

The cockroach locomotion was filmed using high-speed cameras and found that the insects’ heads served as a bumper of sorts – reducing the damage of an impact and allowing the cockroach to make a full flip in less than a second.

Chen Li, the senior author of the paper published in Bioinspiration and Biomimetics and an assistant professor mechanical engineering, elaborated on cockroach locomotion and the potential application.