You are at:Home»Robotics & AI»Microsoft Beats Expectations as Cloud Services Surge 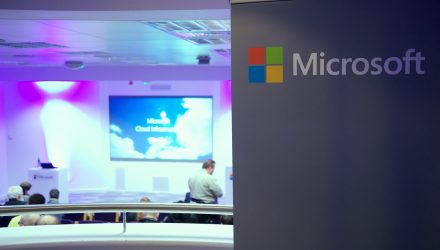 The tech conglomerate posted earnings of $1.13 per share, compared to the 1.08 cents per share that analysts expected, according to Thomson Reuters. Revenue increased 17% at $30.1 billion, with net income up 35% at $8.9 billion.

“We had an incredible year, surpassing $100 billion in revenue as a result of our teams’ relentless focus on customer success and the trust customers are placing in Microsoft,” said CEO Satya Nadella. “Our early investments in the intelligent cloud and intelligent edge are paying off, and we will continue to expand our reach in large and growing markets with differentiated innovation.”

Some sectors that showed significant growth include Surface, Intelligent Cloud, and gaming.

Revenue in Intelligent Cloud, Microsoft’s campaign to incorporate artificial intelligent into all of its apps and services, reached $9.6 billion and increased 23%, with considerable growth driven by Azure, Microsoft’s cloud computing service.

Surface, the company’s series of Windows-powered tablets, saw a revenue increase of 25%, which Microsoft attributes to the “strong performance of the latest editions of Surface against low prior year comparable.”