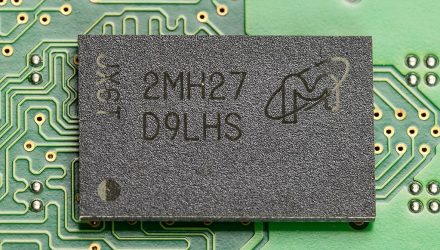 Semiconductor manufacturer Micron Technology is one of the large tech companies that are excited about incorporating artificial intelligence into its operations, but lately, the company has been caught in the middle of the U.S.-China trade wars.

Related: A Glimpse into the Future of Industrial Robotics

Shares of Micron tumbled last Thursday when a report surfaced that the sale of their memory chips were blocked in China. In a statement, Micron representatives said it wasn’t served with a preliminary injunction and will not be commenting further.

“Micron has been served with the preliminary injunction referred to in the statements issued by United Microelectronics Corporation (UMC) and Fujian Jinhua Integrated Circuit Co. (Jinhua) dated July 3,” said Micron executives, in a statement. “Micron will not be commenting further until the company has received and reviewed documentation from the Fuzhou Intermediate People’s Court of China.”

To watch the full report regarding this injunction, click on the video below:

For more trends regarding companies in the forefront of AI, check out the Robotics & AI Channel.