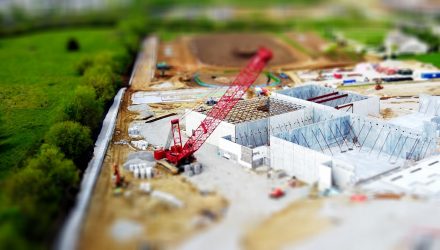 Is There a Place for Cobots in Construction?

They’re already in sectors like manufacturing and shipping, but will cobots soon join the construction industry, too?

A Trend Toward Fewer Humans at Construction Sites

Companies that oversee construction sites and contractors commonly use specialized robots: some lay bricks while others fabricate building components. However, these machines don’t work alongside humans. Instead, people operate them, or at least supervise their movements. However, the shift toward automation could entice pioneering companies to try operating human-free construction zones.

As they become more versatile and widespread, cobots could be instrumental in reducing the construction-worker shortage that’s especially prevalent in the US housing market.

Construction Cobots must be Extremely Durable

The Occupational Health and Safety Administration (OSHA) revealed that in 2016, one in five worker deaths occurred in the construction industry.

Getting struck by objects and becoming caught between or inside equipment were two of the most common causes of death. To be durable, cobots used in construction must be made to tolerate such accidents—or at least not be ruined if they happened.

Human lives are more valuable than cobots, of course, and two advantages humans have over cobots are quick reflexes and the acquired knowledge of which equipment is most dangerous to handle.

For example, someone could see a brick falling from a height of several stories and potentially dart out of the way. Although cobots might have sensors for environmental monitoring, they still probably wouldn’t respond as quickly as humans.

Plus, it’s possible to program cobots so they only move around specific zones and stop after coming in contact with objects. Could people in charge of the setup take enough precautions to ensure the bots don’t venture too close to machines that could crush some components?

It’s too soon to do anything more than speculate, but the fact remains that durable materials are essential for all construction-site cobots.

Depending on their design and capabilities, cobots could work around several types of machines commonly seen in the construction, whether they’re the boom lifts that raise operators above the ground or the bulldozers that push and scoop materials like gravel and dirt.

As they become more versatile and widespread, cobots could be instrumental in reducing the construction-worker shortage that’s especially prevalent in the US housing market.

At the start of 2018, there were 250,000 unfilled construction jobs on the market. The lack of qualified and available workers reportedly slows down all segments of the home-building process, and some elements that used to take less than a day now require months to accomplish.

Cobots might someday handle some of the low-skilled work of construction professionals, allowing those employees to perform tasks that aren’t realistic for cobots, such as those requiring reasoning and other kinds of critical thinking.

Weather is one of many factors that can slow down on-site construction, particularly if an area gets hit with high winds that cause downed trees or flooding that inundates a home lot.