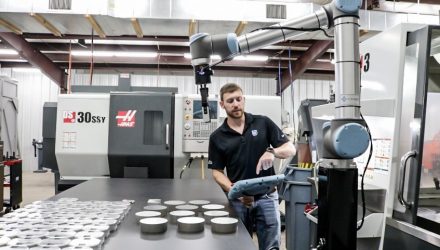 How to Manage Expectations During a Robot Deployment

In the beginning, workers are often uncertain about robots. They worry that their jobs are in danger. They believe that they do not have enough expertise to operate a robot. They fear that management won’t listen to their concerns.

But, over time, their perception of the robot changes.

Months later, the team are often enthusiastic about the robot. They are even keen to get started on the next robot deployment!

How to Describe the Robot Deployment Process

There are various ways you could describe the stages of a robot deployment.

The Lean Robotics framework, for example, splits deployment into 3 phases (Design, Integrate and Operate). These focus on the technical phases of the deployment process. However, there is another process you could focus on. The process of change that your team experiences as they get used to working with a robot. If you understand this process, you can be proactive and get your team on board right from the start.

At each stage of deployment, the team’s perception of the robot will change. The key to success is to understand each stage and prepare to manage the team’s expectations.

How to Manage Expectations in the 3 Stages of Robot Deployment

A few years ago, researchers from the University of Salzburg conducted a study titled Deploying Robots in a Production Environment: A Study on Temporal Transitions of Workers’ Experiences. It involved interviewing 10 workers about a robot deployment in a semiconductor factory.

The research identified three stages of robot deployment. These don’t necessarily align with the three phases of lean robotics, but they might.