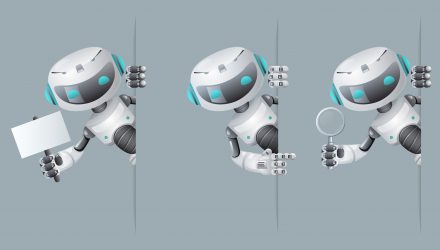 How to Get Your Team on Board With Robotics

Until recently, most robots in the industrial sector were integrated into assembly lines in order to do things for humans. However, thanks to the surge of collaborative robots, things are changing. These new robots work with people and assist them with their tasks directly.

According to the International Federation of Robotics’ 2017 World Robotics Report, over 1.7 million new industrial robots will be in factories around the world by 2020. Companies worldwide are increasingly interested in exploring the potential of cobots.

A collaborative robotic cell at beyerdynamic’s facility in Germany.

However, it’s understandable if your human workforce isn’t immediately receptive to the idea.

Many headlines about the rise of robots question whether particular jobs are at risk of being replaced by technology. That’s why it’s crucial to address these concerns before you bring in a robot.

Here are six things you can do to help your team embrace a new perspective:

Consider holding a few information sessions to inform people about why you’re bringing in cobots, when you plan to implement them, and which safety features will be put in place.

Also, remember not to shut down communications once the first information session is over. The goal is to listen to employees and address their concerns fairly, so you should aim to have an open-door policy for anyone with further questions.

2. Focus on the benefits to employees

Statistics indicate that each year, nearly a quarter of the injuries suffered by manufacturing plant workers happen because of overexertion. Similarly, eight percent of all incidents involve repetitive motion. Cobots could help workers stay healthy by reducing the strain of their jobs.

When discussing robots with your workers, clarify that the type you’ll be using is made to work alongside humans, not replace them. Besides the advantages to well-being, you could also touch on how cobots augment people’s speed and accuracy levels.

3. Reassure workers of your methodical approach

Your workforce is especially likely to be wary of cobots if it seems like management decided to invest in robots quickly without valid reasons for doing so. That’s why it’s smart to emphasize that the decision wasn’t made lightly, and indeed involved a great deal of thought.

You might mention how robotics will help your company reduce expenditures. For instance, companies with robots have been achieving cost savings for years while keeping customer satisfaction levels high. If applicable, it’s also worth mentioning how your company considered different brands of cobots that offer various capabilities.