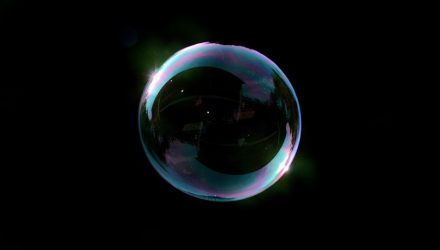 Diversification is Key to Avoid Tech Bubble in Robotics, AI

As the stock market has slowed in recent months, more than a few investors have begun to wonder: Are we in the next bubble for technology stocks?

It’s a worthy question. All it takes is a brief look at the history of the stock market to understand why the alarm bells are ringing. At the height of the tech bubble in 2001, 4 of the top 7 market-cap leaders were technology companies. At the height of the oil bubble in 2008, 5 of the top 7 market-cap leaders were in the energy sector. And at the beginning of 2018, the highest-flying large-cap stocks were all rooted in the universe of FANG—the investor slang term for Facebook, Apple, Netflix, and Google. These stocks and others with similar business models rooted in technology and AI have continued to outperform throughout the first half of 2018, but there is plenty of speculation that the bubble will eventually burst. So what’s an investor to do?

Robotics, automation, and artificial intelligence—or RAAI—is already viewed by many as a must-have when it comes to future-proofing your portfolio. The reason: it’s clear that these technologies are here to stay. Companies like Amazon and Wal-Mart rely on logistics automation to further strengthen their global dominance. The availability of Big Data has made AI a competitive mandate for nearly every industry, including retailers, insurance providers, automobile manufacturers, and more. Robots are transforming healthcare, agriculture, and manufacturing as we know it. There’s no turning back, which makes RAAI one of the most important investment opportunities of our generation.

The good news is that, though the high-flying nature of RAAI stocks can feel much like the dot-com bubble of years past, there are key differences that set the two markets apart. First, in the early 2000s, many dot-com companies were much more speculative than investors chose to believe. Built up by VC investors, many had no tangible deliverable, no profits, and negative operating margins. It was a house of cards that was bound to come crashing down, and crash it did.

In contrast, today’s RAAI companies are highly tangible. Yes, they are benefitting from some of the world’s most innovative ideas, but in this case, those ideas are already delivering on their promise:

These are just a handful of the most stunning examples among a long and growing list of technology and applications providers who are already putting the power of robotics, automation, and AI to work in the real world—and delivering real-world returns as a result. And yet, as is true in any sector, investing in RAAI can still put your portfolio at risk if you invest only in the largest market-cap firms within this vast landscape. Unfortunately, that’s precisely how many investors are currently attempting to capture this tremendous growth. As we’ve seen time and time again, when it comes to new technology, today’s biggest winners may not be at the top of the charts tomorrow. Blackberry, AOL, and Betamax were all Wall Street darlings until, almost overnight, they weren’t. Even Apple has seen its dark days. So how to you choose stocks in a complex, global sector that can be difficult, at best, to understand and navigate.