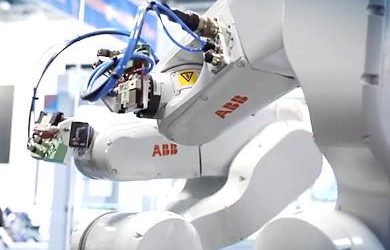 ABB, a member of the ROBO Global Robotics & Automation Index since inception, has finally announced its long-awaited exit from Power Grids in a logical strategic move that will allow the company to focus more heavily on the robotics, automation, and electrification markets and presents attractive dynamics driven by the digitalization of industry.

ABB will sell 80% of Power Grids to Hitachi, its JV partner in Japan, at a valuation of $11B, or 11.2x EV/operating EBITA, with predefined exit options for the remaining 19% after 3 years. ABB will return the net cash proceeds to shareholders expeditiously. The move follows two important acquisitions that further strengthened its position in these faster growing markets: the $2B acquisition of Austria-based Bernecker & Rainer in 2017, and the more recent $2.6B acquisition of GE Industrial Solutions. ABB also announced a new structure, separating its fastest growing and higher value robotics and discrete automation businesses from its more modest motors and drives unit. The move opens up options down the road and creates new opportunities to accelerate profitable growth.

At ROBO Global, we applaud the move. While the market’s response has been subdued, with the stock trading down marginally in the days following the announcement, we believe this reaction may be due to the announcement of larger than expected separation costs ($500-600M) and tax leakage ($800-900M). However, over the longer term, we expect ABB stock to benefit from multiple-arbitrage and accretion from cost savings. We have long viewed ABB as a technology and market leader in robotics and factory automation in Europe and China where penetration looks set to continue to increase at a fast pace in multiple industries, including food and beverage, electronics, and logistics.

The company is well advanced on its digital journey, which presents an opportunity to shift its business model from equipment supplier to solutions provider. ABB sees artificial intelligence as a long-term game changer and is investing aggressively to lead the transition from automated systems to autonomous systems. ABB Technology Ventures has deployed more than $200M since its launch in 2009, including investments into ventures like Vicarious, an innovator in AI for robots and factory automation that is backed by a Who’s Who of California technology; Bonsai, a company that is “building the brains for autonomous systems” by simplifying the implementation of AI models; as well as Clearpath Robotics and PointGrab, both of which provide IoT smart sensors to the building automation industry.