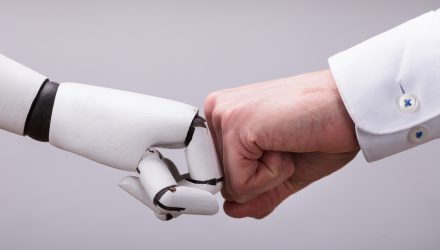 “The most unloved bull market in history” has continued to barrel forward, and its age alone has many investors worrying about what’s just around the corner. I get it. On August 15, the bull market became the longest in recent history—and that was more than a month ago. Last week we watched the Dow climb another 2.25% and the S&P 500 rose 0.85%—now up more than 300% since March 2009. And though the NASDAQ was down just a touch, it was still within an arm’s length of its August peak. Unless something unforeseen happens in the next couple of weeks, the market is expected to hit a stunning 3,500 days with less than a 20% decline since the bear-market low.

Even as investors are rejoicing in the latest stock market gains, they are seeking ways to future-proof their portfolios for the inevitable turn of the tide. It’s a fact that this bull can’t run forever, but what’s an investor to do?

One approach that has everyone from individual investors to institutional powerhouses enthusiastic—and even celebrating—is to invest in companies that are fueling the robotics, automation, and AI (RAAI) revolution. Here are just three of the reasons why RAAI may be every investor’s best next move:

1: M&A in the Robotics, AI space is Continuing at an Aggressive Pace

In fact, among the 87 companies in our ROBO index, 23 index members have acquired more than 40 private companies in 2018 alone. We also saw the 10th take-out of an index member just last week. The movement and energy in the M&A space is astounding.

Case in point: Last week, medical equipment giant Medtronic announced its acquisition of Mazor, a leader in surgical robotics technology, for $1.64B. The announcement spurred a 10% bump in Medtronic’s stock price that same day. The takeout multiple is 17-19x the analysts’ 2019 revenue forecasts of $85-90M. A peer group of small-to-mid-cap healthcare growth companies are trading at 8-9x 2019 revenue. In terms of 2017 revenue multiple, that’s 20x 2017 sales net of MDT’s stake. In comparison, other non-robotic but spinal-related medical company takeouts have been in the 6x ev/sales range, highlighting the fact that the high multiple was largely due to Mazor’s focus on robotics.

2: The Global Economy is Bursting at the Seams, Driven Largely by Disruptive Technologies like Robotics & AI

Robotics & AI has become a must-have tool in nearly every industry and every region worldwide. What was once on the bleeding edge of innovation is now a requirement for every business that hopes to compete in today’s new economy. PricewaterhouseCoopers estimates AI will add $15.7 Trillion to the world economy by 2030.[1] The World Economic Forum recently predicted that nearly 60 million extra jobs will be created by 2022 as the balance shifts from human workers to machines. And while some jobs will be lost in the transition, their estimate is a net gain of 58 million jobs—for humans.[2]

According to this research report from McKinsey Global Institute, “at the current global average level of adoption and absorption implied by our simulation, AI has the potential to deliver additional global economic activity of around $13 Trillion by 2030, or about 16 percent higher cumulative GDP compared with today. This amounts to 1.2 percent additional GDP growth per year.”

3: The Markets are Showing Lasting Buoyancy

Market analysts seem to think we are always one tweet (or tweet storm) away from a market correction—at best. And yet, despite continued political unrest and new US policies that in the past would very likely have caused the market to react, the market that investors ‘love to hate’ has pressed on.