You are at:Home»Robotics & AI»3 Innovative Solutions to Overheating in Robotics 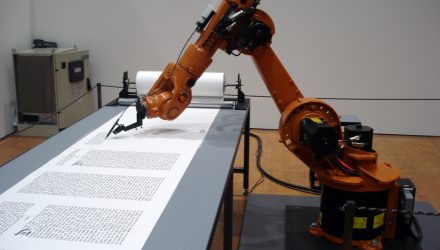 3 Innovative Solutions to Overheating in Robotics

No matter how advanced our technology gets, we always seem to find ourselves battling disappointingly mundane problems—not least of which is heat management.

Whether it’s to do with complex machines here on Earth or shuttles re-entering our atmosphere, we humans find ourselves up against heat on a regular basis.

Our robots do, too, which is why the following three technologies show so much promise for helping our robots operate under safer conditions.

Now that robots have gone mainstream, and are working alongside humans all over the world, one of the next big steps is rethinking how they keep themselves cool.

Related: The Power of Artificial Intelligence – US Congressional Hearing

Collaborative robots are particularly ripe for innovation when it comes to better temperature management. This is the type of robot we’re beginning to rely on to help us work better and smarter. So, it’s only logical for us to ensure they’re reducing—rather than adding to—the complexity of our workflows.

A robot that can prevent or address overheating and its side effects would be an asset indeed.

Excess heat continues to be a problem for robots, and must be managed carefully.

In some of the most exciting new developments in robotics, the problem of excess heat is being tackled from an unexpected angle—using the human body as a model.

One robot, named “Kengoro,” was built with “muscles” and “tendons” that replicate the human body’s skeleton and musculature and operate like a (somewhat eerie) marionette. But its designers didn’t stop there—they also used porous aluminum to allow a water-based coolant to circulate throughout Kengoro’s frame, enabling the robot to “sweat” through its “pores.”

From its sweaty chassis to its nimble musculature, Kengoro demonstrates several innovations that might soon be standard issue on collaborative robots.

Kengoro is a robot with “muscles,” “tendons,” and even the ability to sweat!

The term “microelectronic device” applies to the components of many consumer electronics and cobots. These microelectronics often give off heat that must be channeled away—or otherwise dealt with—before it affects the whole device.