You are at:Home»no-rss»13 Ways to Use AI in the Military 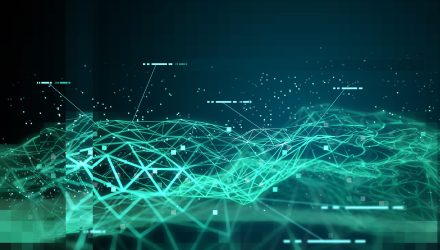 13 Ways to Use AI in the Military

Groups and organizations lauding artificially intelligent solutions are popping up everywhere with promises to create the next battlefield advantage using next generation weapons, gear, or satellites. The term artificial intelligence (AI) splashes the headlines with promises that we’re moments away from revolutionizing the battlefield.

As a former intelligence analyst, I can’t help but breathe a huge sigh of frustration. The special AI “task forces” and their massive budgets are great, but it’s time to get honest about the rest of the military.

Ask any every day soldier, sailor, airman or Marine their opinion of how things run on a daily basis and you will hear complaints about pay, lost orders or awards, broken gear, outdated software or perhaps the blue screen of death that happens when Outlook is open alongside too many websites.

Bottom line: all those flashy AI algorithms being touted as perfect for federal use are not going to run on the outdated infrastructure on which a majority of the military still operates.

That doesn’t mean that AI isn’t a good fit or shouldn’t be pursued. But it does mean that AI success requires a force readiness approach. First, AI isn’t new and it isn’t new to the government or the military.

Marketing hype around the term has experienced a surge lately but the fact that something wasn’t tagged as artificial intelligence historically does not take away the fact that it was actually AI.

Despite the hype, AI is simply a field of science that trains systems to perform some human task through learning and automation. There are varying degrees of sophistication but most of the data mining, network analysis and mapping technology used over the past decade or more have all been forms of AI. Weapons systems and combat vehicles have been leveraging AI for many years as well. So don’t let the noise change the focus from the mission need.

There are varying degrees of sophistication but most of the data mining, network analysis and mapping technology used over the past decade or more have all been forms of AI. Weapons systems and combat vehicles have been leveraging AI for many years as well.

Those men and women on the front lines need their supporting forces to be trained and armed with the appropriate technology to support the advances being operationalized on the battlefield. If we look specifically at the intelligence arena, I would argue that the vast majority of military intelligence analysts are still using the same products and systems from 10-15 years ago.

Efforts around collecting intelligence are ripe for sophistication, but what about the analysts that have to sift through and make sense of that additional data? How has their training changed to account for a more technologically advanced battlespace? How have their products and solutions integrated requirements and workflows with real time information to truly augment their efforts?

The majority of data mining and visualization tools on the market have flashier interfaces than we saw a decade ago, but the true sophistication of what the vast majority of military intelligence analysts have been offered doesn’t really reflect the decade of advancements seen in the commercial market.

13 Ideas for AI in Military Intelligence

This is the humble opinion of a former Marine Corps analyst who has worked with and trained all-source and targeting analysts across the Marine Corps, Navy and Army. Reflecting on the teams I’ve worked with and the analysts I’ve trained, I would expect AI conversations around military intelligence to include the following topics (in no particular order):

Use natural language processing (NLP) and machine learning to automatically classify and match incoming data to indicators and warnings being monitored. Provide alerts on trending topics, keywords or themes that may indicate emerging tactics, techniques and procedures.

Display both a geographic and temporal representation of multi-intelligence data with a natural language generated summary of the data. Include the ability to break data into individual entities as needed and ingest analyst annotations into the automated summary.

Monitor human developed courses of action (COAs) beside computer generated courses of action including the criteria for suitability, feasibility, acceptability, uniqueness and completeness. A machine will see information differently than its human counterparts and may identify behavior idiosyncrasies present in data that human analysts may miss due to the sheer volume and complexity of reporting that an intelligence analyst is presented with.