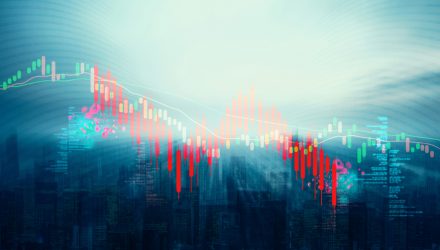 Mega-cap growth stocks fell behind on Monday ahead of Tuesday’s inflation data, as rising rates take a particularly heavy toll on growth names that rely on future profit. Market-leading growth and technology stocks, which previously outperformed on record low interest rates, have now come under pressure since late March as the U.S. Federal Reserve signaled it will hike rates aggressively to combat surging inflation, Reuters reports.

Yields on benchmark 10-year Treasuries have increased in four of the past five weeks and are hovering around a three-year high.

“There’s simultaneously a scare about growth and that’s due to sort of a slowdown in the second half of the year if we look at GDP growth, along with rising interest rates on the front end of the curve, that’s causing people be concerned about growth in the short term,” Jim Cahn, chief investments and business development officer at Wealth Enhancement Group, told Reuters.

Inflation data on Tuesday is largely expected to reveal that U.S. consumer prices jumped to a new four-decade high of 8.5% over March year-over-year after reaching 7.9% in February, due to increasing energy costs attributed to the Russia-Ukraine war and Western sanctions on Moscow.

Additionally, U.S. markets retreated after data showed that China’s economy is beginning to take a hit from the country’s zero-tolerance COVID-19 policy that includes strict lockdown measures to contain a spike in coronavirus cases.

“Resurgence of the pandemic is the major reason,” Bruce Pang, head of macro strategy research for China Renaissance Securities, told the Wall Street Journal, adding that investors have been hoping for measures from Beijing to help counter the effects of the slowdown.

Looking ahead, investors will be focusing on Wall Street banks as the financial sector kicks off the quarterly earnings season.