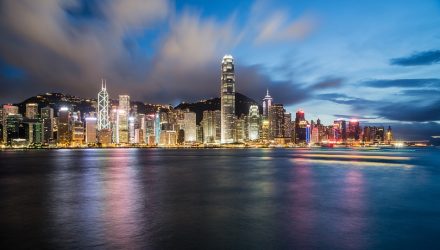 Economic forecasts are predicting gloomy skies in Hong Kong as rising rates are ready to descend upon the city, which could hamper the area’s local housing market as the monetary policy leans more towards a tightening that could put a stranglehold on financing options.

In Hong Kong, finance and real estate comprise a $340 billion economy–as rates rise, these sectors will be the most susceptible. Furthermore, market drawdowns in mainland China will also have a relational effect on the health of Hong Kong’s economy.

Until 1997, Hong Kong has been under British rule as a special administrative region of China. Since then, the territory is economically autonomous with its own currency, the Hong Kong dollar, which is pegged to the US dollar. With the U.S. Federal Reserve already greenlighting two interest rate hikes this year and possible two more by the end of 2018, interest rates in Hong Kong will follow that upward trajectory, which will increase borrowing costs in an area that already boasts high prices–in Hong Kong, the median house price has already risen for 27 consecutive months.

Furthermore, trade wars between the United States and China could also exacerbate an economic drawdown, which could add further pressure on Hong Kong’s housing market.